The benefits of electric vehicles to fleets, including low whole-life costs (WLCs), have come under focus at an inaugural EV event held by CLM for its fleet clients. 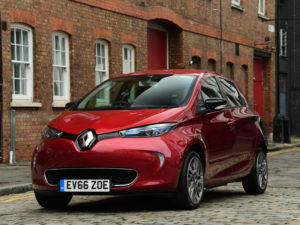 And Chargemaster’s EV experience centre partnership manager Ben Grocott outlined that there were nearly 15,000 charge points in the UK, increasing at the rate of 250 per month and making the UK one of the best places in Europe for public charging infrastructure. Grocott also shed light on the system of grants that were available for both the purchase of EVs and for the installation of charge points at home and in the workplace.

Attendees were also able to test the line-up of Renault electric models, covering the ZOE, the Twizy and the Kangoo Z.E.