Fleet Alliance Group has reported rapid expansion over the last 12 months, with a 48% rise in the number of vehicles under management, helped by a major new contract and the new 0% BiK rate for EVs. 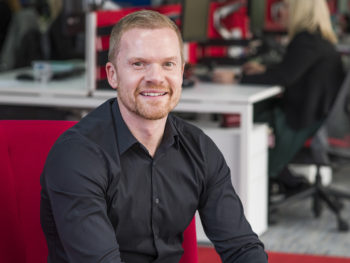 Martin Brown, MD at Fleet Alliance, says he’s expecting growth of 20% by the end of the year

Managing director Martin Brown: “We have been going through a period of rapid expansion in the last 12 months, thanks in no small part to the award of a large fleet management contract by one of the country’s major leasing companies.

“Against a market that has fallen by around 4% this year, we are bucking the trend and expecting to see growth of around 20% by the end of this calendar year

The Fleet Alliance Group – which includes Neva Consultants, following the 2017 acquisition of a majority stake, and the Intelligent Car Leasing personal leasing operation – also says it is now starting to see a significant shift towards electric vehicles amongst its customer base.

“The outcome of the Government’s review into the impact of WLTP has been a game-changer, with the introduction of a nil rate of Benefit-in-Kind tax for cars with zero emissions,” said Brown.

“We are now starting to see significant orders for ULEVs coming through across the board – for battery-electric cars, hybrids and RDE2 diesels. We are also seeing substantial orders for the new Tesla Model 3 which is looking like an affordable car following the changes to the tax regime,” he said.

The rise has prompted the firm to increase its office space at its Skypark base in Glasgow as it looks to accommodate its latest expansion and continue on its growth path.

The group has taken on an additional 3,324 sq ft on a five-year lease to occupy a total of 9,939 sq ft of office space at Skypark in Glasgow’s fashionable Finnieston district.

The additional offices will be used to house the group’s growing team of technical and customer service staff.

Other developments this year have seen the company named as the UK’s top vehicle leasing and fleet management company for customer service (fleet size up to 250) in the Experteye Awards, marking the fourth time it’s taken the accolade out of the last five years.