Fleet Alliance has acquired a controlling interest in East Sussex-based Neva Consultants for a seven-figure sum. 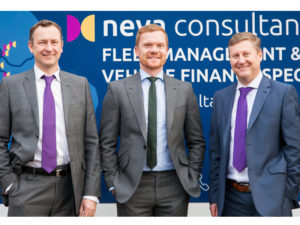 The deal creates a new Fleet Alliance Group, headed up by Fleet Alliance managing director Martin Brown and with an enlarged group fleet size will now be in excess of 25,000 vehicles.

Neva will continue to trade as a separate brand with directors Graham Prince and Nick Collinson remaining in their existing roles and being responsible for day-to-day operations at Neva. They will also continue to have a shareholding in the business, which they formed in 1992.

Neva offers a range of fleet management and contract hire and leasing services to both corporate and private customers.

The deal will give Fleet Alliance a greater physical presence in the south of the UK, although Martin Brown said was not one of the major considerations in its successful conclusion.

“Although we are head-quartered in Glasgow, we already operate on a national basis. So the positioning of Neva in the south of the UK, while useful, was not of paramount importance for us,” he explained.

“More so was the relationship between the two businesses, our greater national presence through a combined operation, the corporate culture and the fit between us. It made perfect sense from a business point of view.”

Brown added: “We have known and worked with Neva for the last 10 years or more and, indeed, share the same IT platform and back office systems. In that time, we have come to recognise them as a thoroughly professional, well-run business with a culture very similar to our own. In short, they made the perfect fit for us.”

During the last three years, Neva has experienced 40% growth and has added Neva Direct to its portfolio to focus on the growth in the personal leasing market.

“This is a significant investment and acquisition for Fleet Alliance, but I would not rule out further purchases in the future,” Martin Brown concluded.