Fit-to-drive declarations are becoming “more important” in the light of increased levels of drink and drug driving reported by the police – and could even help to positively change overall attitudes to driving. 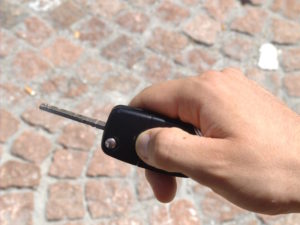 So says FleetCheck, adding that the self-certification, included in apps such as its Vehicle Inspection tool used for daily safety walkaround checks, provides a focal point for drivers and employers when it comes to their fitness to take to the road.

Peter Golding, managing director, said: “The first thing to say is that, while there is quite a lot of evidence that drink and especially drug driving is increasing, there is little to indicate that there is a particular problem in the fleet sector. Indeed, our suspicion is that thanks to the accent placed on safety by most fleets, that there is probably less occurring here.

“However, there is no doubt that it remains a very real risk and one that employers should be taking seriously. That is why fit-to-drive declarations are becoming more important. They provide a simple deterrent, which can be integrated easily into fleet policies, for drivers who might be tempted to take the wheel while under the influence.”

Golding added that fleets needed to reinforce such measures with education campaigns that showed drivers about the dangers of drink and drug-driving, while also making it clear that they were operating a zero tolerance approach. He explained: “It’s a dangerous and perhaps ill-informed assumption among some employees will know about behaving legally and responsibly in this area.”

Golding also said the fit-to-drive declaration was important for a wide range of reasons other than drink and drug driving – and could help to positively change attitudes to driving.

“It could be that someone who has flu asks themselves whether they really should be driving while ill, decides to do the safe thing and stay home. Even that the parent of a new baby who has had four hours’ sleep in three days believes they are just too tired. This is about something as fundamental as taking the task of driving at work seriously.”