No reduction in drink-drive deaths in nearly a decade

The number of drink-drive fatalities has shown little change in nearly a decade – leading to calls for a “meaningful package of measures”, from increased roads policing to a lower drink-drive limit. 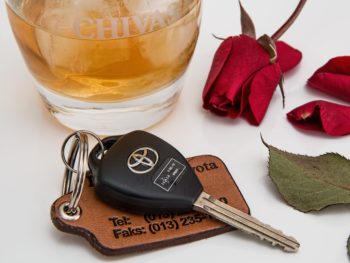 Department for Transport final estimates for 2017 (the latest year for which figures are available) show that between 230 and 270 people were killed in accidents in Great Britain where at least one driver or rider was over the limit, with a central estimate of 250 deaths – representing about 14% of all deaths in reported road accidents in 2017. This is the highest level since 2009 and up 9% on the central estimate of 230 deaths for 2016, although the DfT said the rise was not statistically significant.

The figures have been published less than a week after Brake analysis of DfT data revealed that more than 5,000 drivers have been caught drink-driving on more than one occasion in the past four years.

In response, road safety and motoring organisations have called for urgent government action.

RAC head of policy Nicholas Lyes said: “The Government should be looking closely at all its options, even reviewing the drink-drive limit. But ultimately, it is absolutely vital that we have police enforcing laws and increasing roadside breathalyser testing so that law breakers know they will be caught.”

Meanwhile road safety charity IAM RoadSmart has again called for a long-term plan to tackle the issue in a meaningful package of measures.

Measures being advocated by IAM RoadSmart include a further lowering of the drink-drive limit in England and Wales to match Scotland, wider use of drink-drive rehabilitation courses and also following the example of Scotland by seizing the vehicles of repeat offenders.

Neil Greig, director of policy and research at IAM RoadSmart, said: “It is truly disappointing to find yet another year of very little progress. Successive changes in government means we do not get the continuity or the focus that is required to create a long-term plan that will tackle this in a structured and cohesive way.

“There is no one simple answer to reducing these figures, but IAM RoadSmart believes we now need an emergency package of measures from the government including a lower drink-drive limit to reinforce good behaviour, the fast-tracking of evidential roadside testing machines to release police resources, as well as the introduction of innovative approaches to help drivers with alcohol problems.

“Rehabilitation courses work and we think all those convicted of drink-driving should be sent on one automatically rather than having to opt in. More use of alcohol interlocks and extra penalties such as vehicle forfeiture, as used in Scotland, could all be part of more joined-up approach to the problem, ultimately leading to fewer needless deaths on our roads.”

The AA warned that more needs to be done to change driver mindsets. Edmund King, AA president, said: “What is most concerning is that there continues to be a hardcore of drink drivers, where more than two-fifths (41%) of those failing breath tests are more than twice over the limit.