Kia has revealed the first images of the new Sorento SUV, which will bring a more striking exterior design and new electrified engine options. 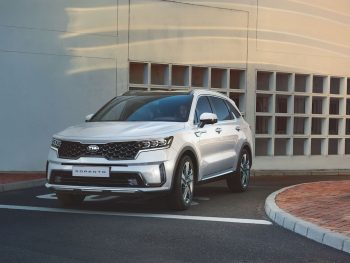 Debuting at next month’s Geneva Motor Show and due for launch in the autumn, the fourth-generation Sorento is based on an all-new platform, bringing increased space and practicality and efficiency.

It also features a more mature design based on the concept of ‘refined boldness’ and using shorter front and rear overhangs and a longer wheelbase. Stand-out design features include a new interpretation of Kia’s hallmark ‘tiger nose’ grille and latest ‘tiger eye’ LED daytime running lights.

Engine line-up is expected to include hybrid and plug-in hybrid variants.

The new Sorento will debut on 3 March 2020. UK specification, pricing and on-sale date will be announced closer to the on-sale date.