By Martyn Collins / 6 months ago / Road Tests / No Comments 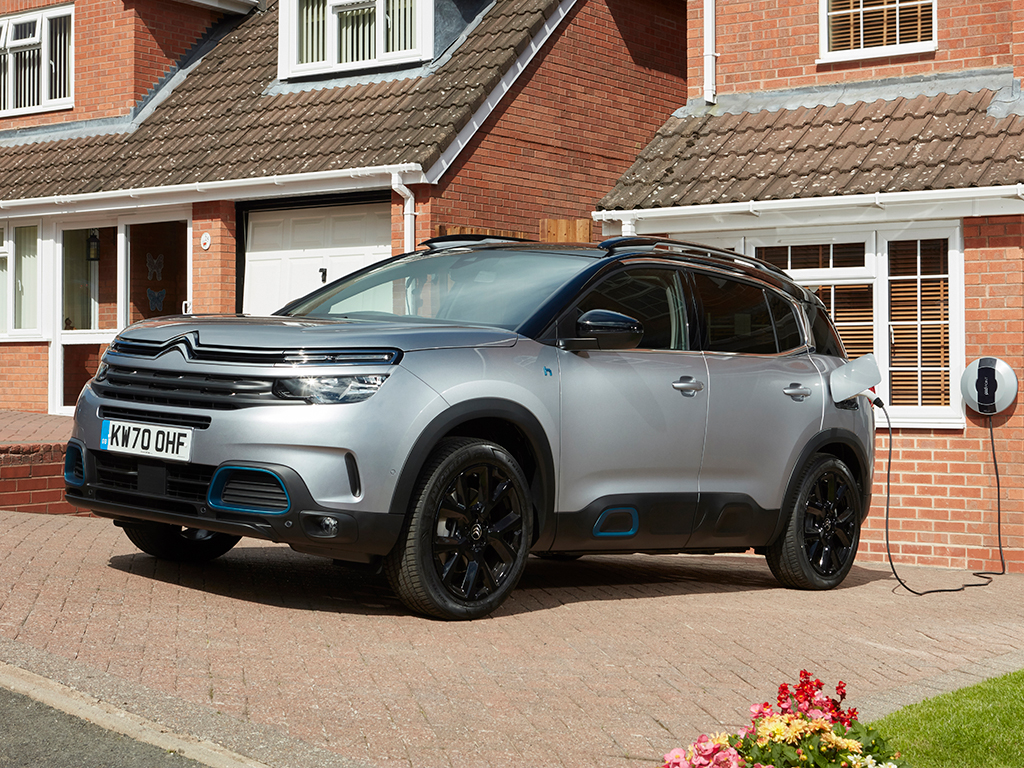 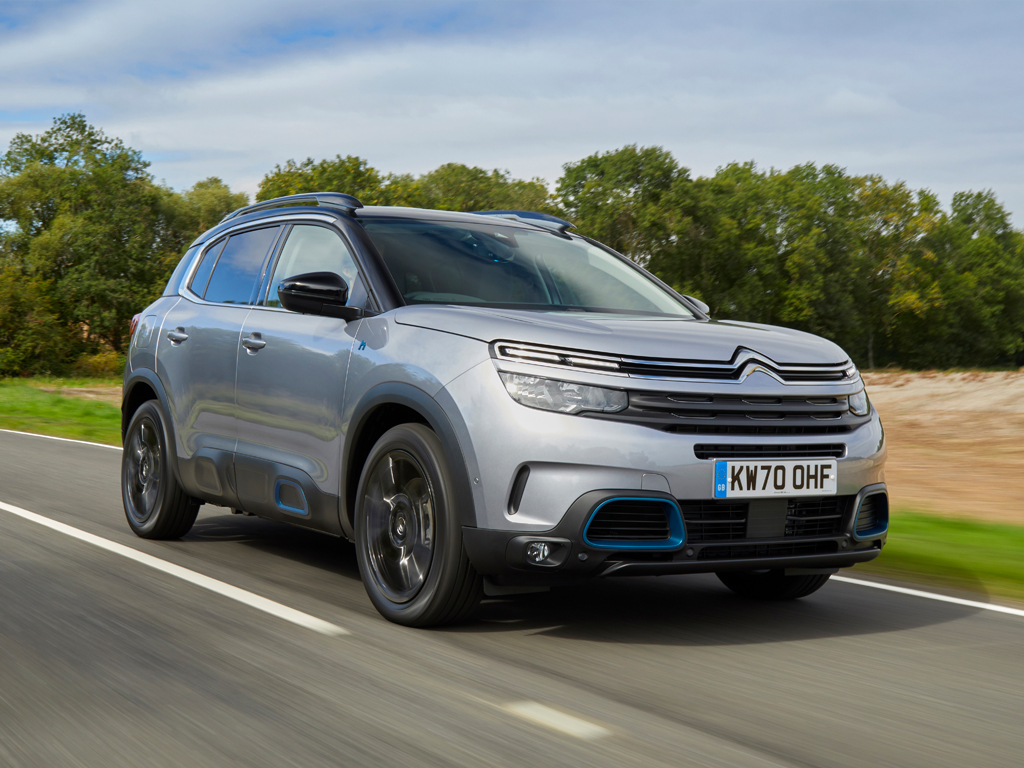 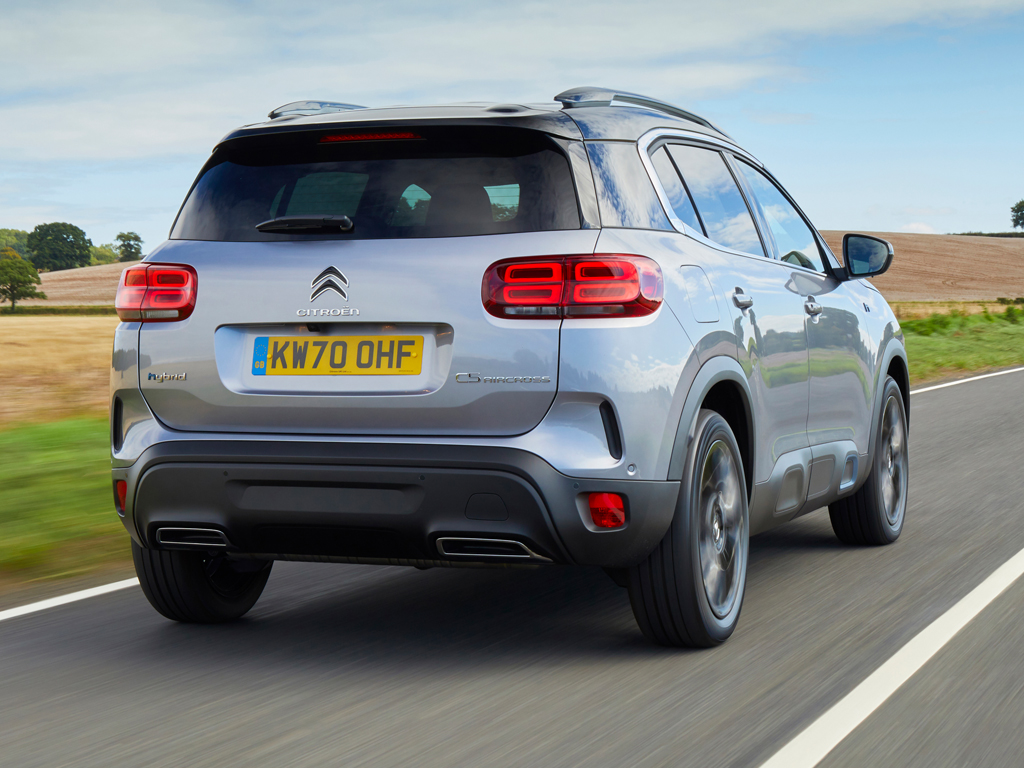 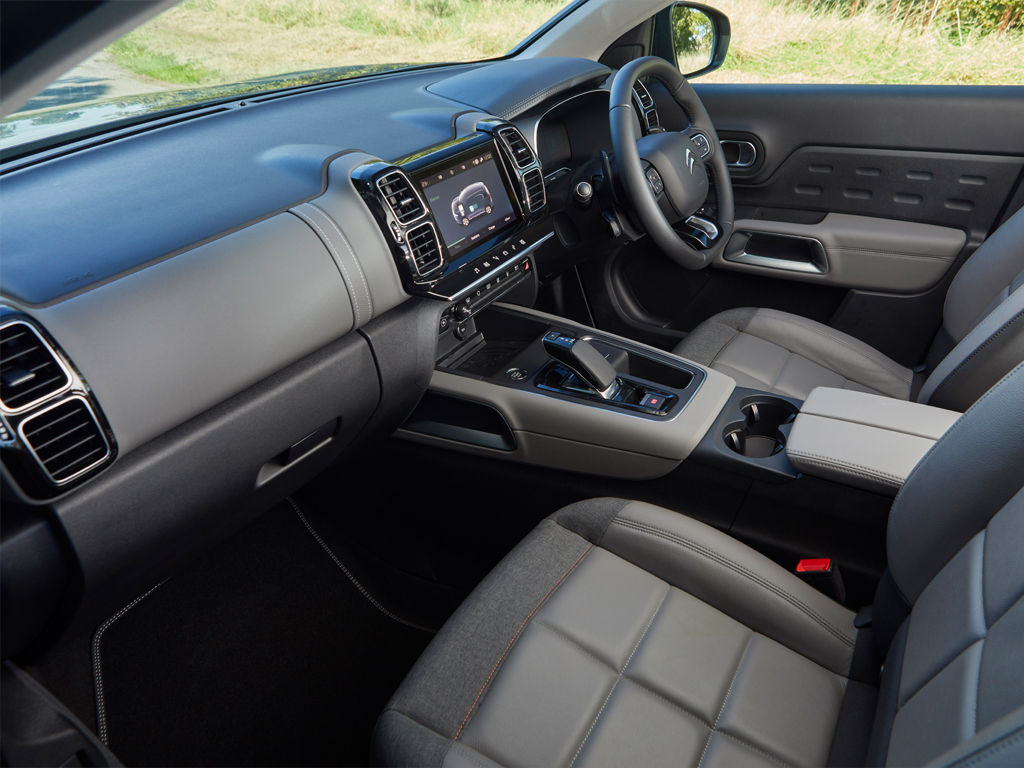 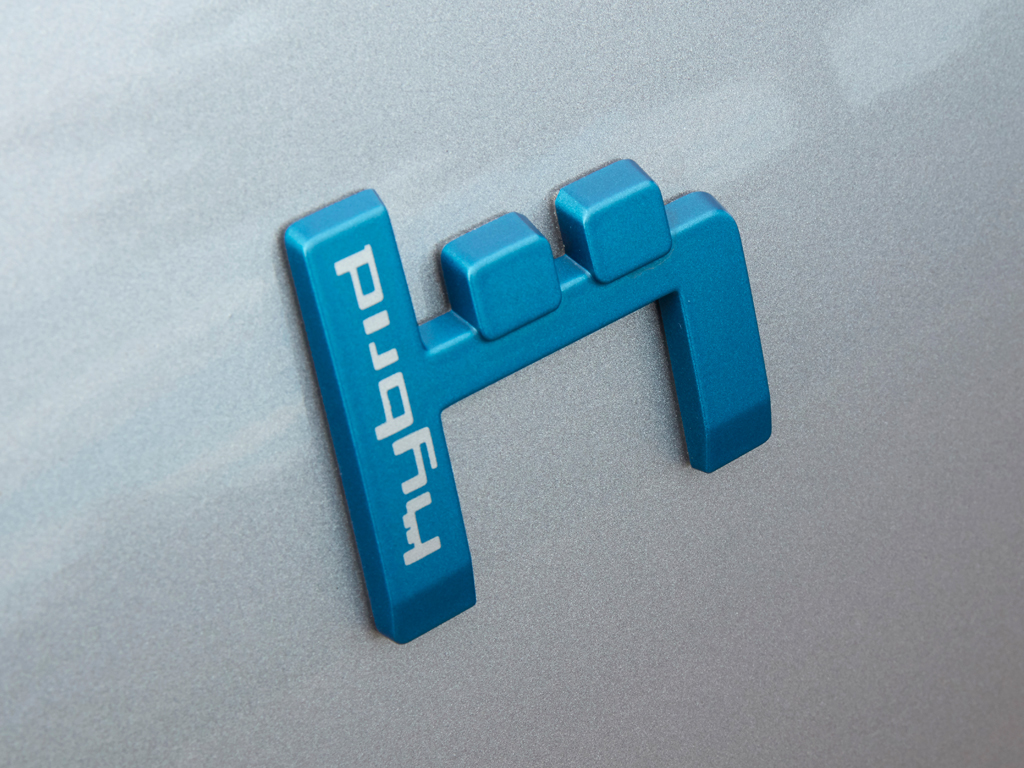 Electric power for the many and not the few. That is Citroën’s goal and the first step to getting there is the plug-in hybrid version of its range-topping SUV – the C5 Aircross – which started deliveries this summer and will be joined by the e-C4 all-electric small family hatch in early 2021.

The C5 Aircross Hybrid’s PHEV powertrain is similar to that fitted to the Peugeot 3008 and Vauxhall’s Grandland X. Upfront, there is the familiar 178hp, 1.6-litre four-cylinder petrol engine. This is mated to a 110hp electric motor via eight-speed automatic transmission, equalling 225hp.

Fleet drivers may well be more interested to hear that this C5 Aircross has combined WLTP consumption of 157-168mpg, emits just 32g/km, equalling 10% BiK and it can travel on full electric power for 34 miles, although we saw around 20 miles on a charge during our time with this Citroën. Only a Mode 3 charging cable is included, as the carmaker believes that most will charge their C5 Aircross via chargers, rather than a three-pin plug. When it is time for charging, it takes two hours via a 7kW wall box.

The C5 Aircross is known for its comfortable and composed ride. Despite our Flair Plus running on 19-inch alloy wheels, plus weighing 280kg more than standard, it’s as comfortable as the standard car on the road, thanks to tweaks to the Progressive Hydraulic Cushion dampers, including sophisticated multi-link rear suspension. But you can feel some extra weight in corners, resulting in slightly more body roll, and the steering seemed even lighter and more devoid of feel than before.

It’s quick off the mark in full-electric power, but just two-wheel drive versions are available, and the C5 Aircross Hybrid sometimes struggles to get its power down in the wet. There are three modes: Electric, which is best around town as range is limited elsewhere; Hybrid, which this Citroën spent most of the time in, where the mix of engine and electric power is dictated by the car; and Sport, where both the engine and electrical motor combine for maximum power. The smooth, seamless switch between the two power sources impressed.

Exterior and interior changes over the standard C5 Aircross are minimal, a set of tasteful blue ‘Hybrid’ badges, and the option of a blue anodised colour pack being the only differences. Inside, the Hybrid gets its own custom set of interfaces for the touchscreen and instruments, driving mode selector on the centre console, programmable cabin pre-conditioning (heating and cooling) and deferred charging via the MyCitroën app. On top of this, it gets a frameless auto-dimming and electrochrome rear-view mirror with blue LED light that indicates when this Citroën is in full-electric driving mode.

Citroën’s first plug-in hybrid is available in two flavours. The £35,370 entry-level Flair, which includes climate control and navigation. Or the range-topping £36,845 Flair Plus that we had, which adds half-leather trim and an electrically adjustable driver’s seat, radar cruise control and a power tailgate.

The addition of a hybrid drivetrain for the C5 Aircross is a success in our opinion, as it cuts running costs yet doesn’t interfere with this Citroën’s easy-going drive and comfort.

Weaknesses: Comfortable rather than dynamic to drive

The Verdict:
There seems to have been an explosion of plug-in hybrid rivals in the SUV sector, many from Citroën’s sister brands DS, Peugeot, and Vauxhall. However, the C5 Aircross stands out with its impressive comfort and affordable prices.