Ongoing reports of “extreme” speeding and general bad driving during the lockdown present increased risk issues for fleet drivers still on the roads. 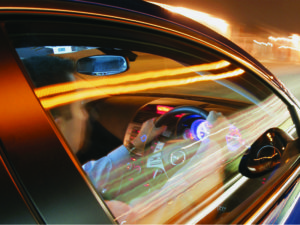 Tweets by Detective Sergeant Andy Cox, Scotland Yard’s lead officer on roads policing, have revealed a series of incidents over the Easter weekend, including footage of a driver doing 151mph on the M1 before he was stopped in a police chase and escaped from the vehicle, as well as a driver caught doing 97mph in a 40mph zone on the A10 and six offences of +100mph on the A13.

The police data confirms anecdotal reports of extreme speeding and generally very poor driving almost since the start of the lockdown, according to FleetCheck, which says fleets need to warn their drivers of the risk issues.

Managing director Peter Golding said: “Current traffic conditions are unlike anything most of us will have seen, with largely empty roads of all kinds, and this is clearly leading some drivers to take massive risks that endanger themselves and other road users.

“It’s not just a question of speed. We have also heard anecdotal instances of drivers ignoring traffic lights, sailing onto roundabouts without looking to the right and more. It is almost as though they believe they are the only people driving.

“There are currently few fleets taking to the roads except for those operating in support of key workers but our advice is that employers should be telling drivers to take extra care at this point in time. There are clearly specific risks emerging.

“We would place special emphasis on not expecting traffic to behave normally, that other motorists may well ignore standard rules of the road that, at other times, would be automatically followed by literally almost everyone.”

Previous: Addison Lee and Zeelo partner for frontline support
Next: Drivers more likely to switch to EVs in wake of Covid-19 lockdown