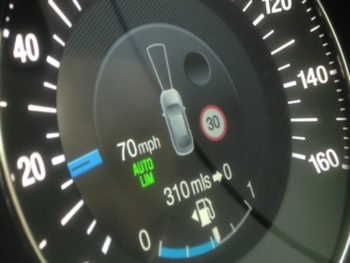 The vote saw members of the European Parliament’s Committee on Internal Market and Consumer Protection (IMCO) approve a range of new vehicle safety standards initially proposed by the European Commission in May last year.

The transport policy proposals – known as the Third Mobility Package – would see 11 different systems, including advanced safety features such as autonomous emergency braking (AEB) with pedestrian and cyclist detection and overridable intelligent speed assistance (ISA), alcohol interlock installation facilitation, drowsiness and attention detection and accident data recorders, be required on new cars within the next three years. Currently these features are only available on some models.

Commenting on the vote, ACEA Secretary General, Erik Jonnaert said: “We welcome the willingness of MEPs to enter rapidly into inter-institutional negotiations on this legislation, which is key to further improving road safety.

However, it said that auto manufacturers are concerned about the proposed time between the entry into force of the regulation and the moment it applied, and said this should be aligned with product development time in a pragmatic way, allowing at least 36 months before application.

Jonnaert added: “Despite a three-fold increase in traffic, road safety in Europe has improved significantly in the last 30 years. Maintaining this trend is important for an industry that prides itself on designing, producing and selling safe vehicles in probably one of the most demanding markets in the world.”