EU to take UK to highest court over air pollution

The UK and five other countries are being referred to the European Court of Justice over ongoing failures to tackle air pollution. 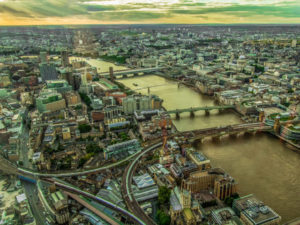 The action applies to failure to respect limit values for nitrogen dioxide (NO2) in France, Germany, and the United Kingdom and for failing to take appropriate measures to keep exceedance periods as short as possible. Hungary, Italy, and Romania are referred to the Court of Justice over persistently high levels of particulate matter (PM10).

Separately, additional warnings were issued to Germany, the UK, Italy and Luxembourg for failing to take action against the millions of diesel cars with illegal defeat devices that allegedly cheated emissions tests.

The move by the European Commission – which could lead to fines for the nations involved – comes a year after the UK, Germany, France, Spain and Italy were given final warnings for persistently breaching EU air quality limits while in January this year, ministers from nine countries were summoned to Brussels to explain their failure to act.

It also follows the publication last summer of the UK’s latest air quality plan, which accelerated intervention on problem areas after the Government lost another round of legal action to ClientEarth.

Commissioner for Environment, Karmenu Vella said: “The decision to refer Member States to the Court of Justice of the EU has been taken on behalf of Europeans. The Member States referred to the Court today have received sufficient ‘last chances’ over the last decade to improve the situation.

“It is my conviction that today’s decision will lead to improvements for citizens on a much quicker timescale. But legal action alone will not solve the problem. That is why we are outlining the practical help that the Commission can provide to the national authorities’ efforts to promote cleaner air for European cities and towns.”

The Czech Republic, Slovakia and Spain had also received previous warnings but according to the EU, appear to be on track to redress the issues, although they are being monitored.

The news was welcomed by ClientEarth. CEO James Thornton said: “The European Commission’s action should be another strong catalyst for ministers who have failed for almost a decade to take the necessary action.

“The UK needs a new Clean Air Act fit for the 21st Century and targeted action, like scrappage schemes and clean air zones which keep the dirtiest vehicles out of our most polluted towns and cities. We need an overhaul of fiscal incentives to favour cleaner ways of getting around and we need the car industry to contribute financially to help get us out of the mess that it helped create.”

Previous: Today in Fleet – Thursday 17 May
Next: New safety tech to be mandated by EU