Mike Thornton OBE has been named as the new chief executive officer of Energy Saving Trust, replacing Philip Sellwood CBE, who is retiring. 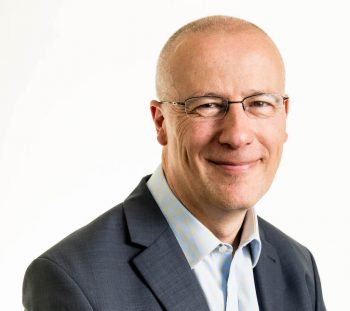 Thornton assumed the role with effect from Wednesday 1 April 2020 and joined Energy Saving Trust’s Scotland team, based in Edinburgh, in 2002. He was most recently group director of operations responsible for the delivery of all UK programmes operations.

He started out within the energy and environmental sector as an academic undertaking research as a PhD student in ecological genetics and holds a First-Class Honours degree in genetics from the University of Nottingham.

His background also includes three years as development co-ordinator for Friends of the Earth (Scotland) while for more than 10 years he was the first director of Lothian and Edinburgh Environmental Project (LEEP now Changeworks), a regional non-government organisation working on energy efficiency, transport and recycling.

In 2015 Thornton was awarded an OBE for services to energy efficiency.

He commented: ‘’With long experience in the sector and having worked at Energy Saving Trust for almost 20 years, I’ve seen the climate emergency build. It’s a great privilege to now lead one of the UK’s leading organisations addressing this emergency. I look forward to continuing to work with our partners and clients as well the Board, management team and our enthusiastic and talented staff to as the UK follows its path to net zero.”