Mercedes-Benz UK is being urged to push ahead with a recall on some models following allegations of ‘defeat devices’. 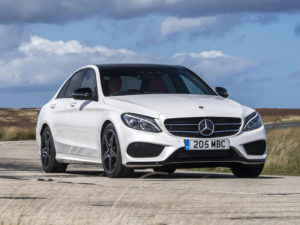 Yesterday saw Germany’s transport ministry (BMVI) allege that it had found evidence of disallowed defeat devices in the GLC and C-Class 220d models as well as the Vito – believed to be the 119CDI – and that Andreas Scheuer, federal minister of transport and digital infrastructure, was meeting with Daimler chief, Dieter Zetsche later that day.

The BMVI added that it was immediately ordering an official recall for 238,000 Daimler vehicles across Germany and that a total of 774,000 vehicles were affected across Europe.

In a statement, Daimler said yesterday that it confirmed the recall, adding: “Open legal questions will be clarified in the objection proceedings.”

Ian Bartlett, head of DVSA’s Vehicle Safety Branch and Market Surveillance Unit, said: “We are aware of the issue of ‘defeat devices’ in some Mercedes models and we are in communication with Mercedes-Benz UK about the matter. Mercedes have not yet notified us of an official recall so we are pressing them on this point and have given them until 22 June to respond.”

The exact number of vehicles affected in the UK is still unknown.