Daimler will offer a free software upgrade for around three million diesel vehicles, said to curb harmful nitrogen-oxide (NOx) emissions in real-world use. 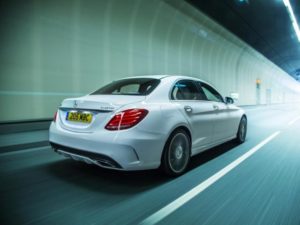 The upgrades are aimed at curbing inner-city NOx emissions.

The work is expected to start within weeks, is compatible with “nearly all Euro 5 and Euro 6 vehicles in Europe”, and designed to make a “significant contribution to the reduction of nitrogen-oxide emissions in European inner-cities”, the carmaker said in its statement.

Daimler has yet to confirm how many UK cars are included in the total, but the work is voluntary and can be carried out during a service. The €220m (£195m) total cost is being covered by the manufacturer, with no cost passed on to end-users.

The improvements in real-world NOx control are based on the development of the new 2.0-litre diesel engine, which was introduced with the latest E-Class last year and will be rolled out across other models in the near future.

It extends an existing voluntary programme to perform similar upgrades on the V-Class, and to the Renault-sourced 1.5-litre diesel engine used in its small car line-up, which began in March. The carmaker said 45% of its compact vehicles have already had the updates – Renault is offering the same upgrade for the engine, claiming a 50% reduction in NOx as a result.

“The public debate about diesel engines is creating uncertainty – especially for our customers. We have therefore decided on additional measures to reassure drivers of diesel cars and to strengthen confidence in diesel technology,” said Dr. Dieter Zetsche, Chairman of the Board of Management of Daimler AG and Head of Mercedes-Benz Cars.

“We are convinced that diesel engines will continue to be a fixed element of the drive-system mix, not least due to their low CO2 emissions.”