This year will see Citroën accelerate the move to make DS a standalone brand, but what will this mean to fleet customers? Curtis Hutchinson, editor of Motor Trader, reports. 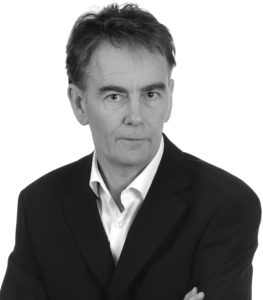 What will the acceleration of DS as a standalone brand mean to fleet customers?

Brand separations don’t come around often. A decade ago BMW spotted the potential of the MINI brand and moved it into separate showrooms. Before that Toyota moved Lexus out of designated corners in its showrooms into their own facilities.

There’s never been anything quite like DS though. PSA identified a niche for a new premium car brand following the relative success of the DS 3, a funkier more upmarket version of the standard C3, which was added to the Citroën line-up in 2010. The same process saw the subsequent launches of the DS 4 and DS 5.

The success of these cars in France – and especially China – prompted PSA to drop the Citroën names from these models and create DS Automobiles as a separate marque. It could prove to be a shrewd move or an over-ambitious gamble.

The distinctive branding nods to the past with what is, after all, an iconic automotive name, while addressing current and future demands for premium alternatives to the established German brands; a factor that naturally plays well in the domestic French market but also seems to be gaining traction here in the UK. It could even strike a chord amongst user-choosers looking for something a little different.

The move towards brand separation in the UK is being accelerated this year ahead of a formal split from the beginning of July 2018. From that date only 90 of Citroën’s 182 showrooms will be accredited to sell the DS brand; a development that hasn’t played well in the Citroën dealer network where the brand fell to the lowest position in the most recent National Franchised Dealers Association’s Dealer Attitude Survey.

Accredited dealers will either operate standalone DS Stores or designated areas of Citroën showrooms called DS Salons. Citroën has also opened a DS shop, or Urban Store, in the Westfield shopping centre, a move which follows the likes of Hyundai, Tesla, Infiniti and Jaguar Land Rover.

The brand separation is being driven from Paris by a Brit; Linda Jackson the international boss of Citroën and formerly managing director of its UK operations. With PSA Europe’s second biggest carmaker after Volkswagen Group, the intention is to drive up global sales through three clearly defined brands; Peugeot handling the mainstream, DS the premium sector and Citroën inbetween. Heading up UK operations is Bek Hassan, the Londoner who used to report to Jackson when he was sales director of Citroën after which he led Peugeot’s sales operations in Turkey.

However, Hassan has high hopes for 2017 and beyond. The all-new C3 went on sale in January and its bold new look could finally give the brand a serious competitor in the supermini sector, a market it has previously failed to set alight. And, of course, the rollout of the standalone DS brand. He candidly admitted the process has not been easy with resentment from dealers not invited to be part of the DS project.

“We’ve got a lot of really good long standing dealers who have been with Citroën a long time and this is a big change and we must not underestimate the impact on their beliefs and mind-sets in respect of the brands. We’re working really hard to make sure dealers are completely engaged.”

“”As an investor it does give you a lot more belief and conviction when you can touch and feel the future products rather than us trying to explain it to them. We had a really positive reaction but, let’s be clear, there are still many questions and still some uncertainty about will it be a success. We believe it will. Our dealers need some time to develop their approach and we’ve got to take them with us and support them and carry them forward with us.”

As part of the separation Citroën dealers will also form a standalone network selling cars and vans, an area the brand is keen to develop on the back of last year’s well-received Dispatch.

What is clear is that SMEs will continue to play an important role in Citroën’s reinvention of itself, while DS could have the potential to become a credible user-chooser brand. We’ll see.

Previous: DVLA to improve services for fleets under three-year vision
Next: The Outside Clinic goes solus for Volvo fleet