Drivers getting cocky over lack of police presence

Two thirds of drivers (65%) feel they can get away with offences such as tailgating and lane hogging due to a lack of police presence on UK roads. 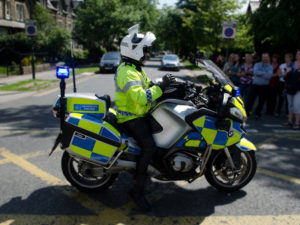 Drivers think they can get away with motoring offences, due to a lack of on-road Police presence

The study of more than 19,500 drivers by the AA found that offences such as using a hand-held mobile phone while driving, driving a vehicle in a dangerous condition and not wearing a seatbelt were also being missed due to a lack of traffic officers.

Drivers were also asked about their perception of police visibility on roads in their area. Two thirds (65%) of drivers felt there was no visible presence on local roads, compared to more than two thirds (43%) who claimed there was no police presence on motorways.

A Freedom of Information request carried out by the Press Association last year found the number of traffic officers had fallen by a third in 10 years from 3,766 in 2007 to 2,643 in 2017.

The study also found that camera-captured offences were most likely to be enforced, but the AA added that roads policing shouldn’t rely on cameras alone.

Edmund King, AA president, said: “What is clear is that camera enforcement is seen as an actual deterrent, but Big Brother can only do so much; we need more cops in cars.”