Businesses may be forced to adopt more flexible travel policies, with new research showing significant reductions in driving licence holding for under-30s, and signs that it’s not recovering afterwards. 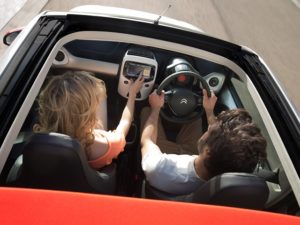 Licence-holding has fallen dramatically since 1990.

The report, commissioned by the Department for Transport and produced by UWE Bristol and University of Oxford, observed travel habits of young people (17-29 years old) since 1990, specifically how they use cars and public transport, walking and cycling.

Young people are also travelling less. According to the study, there was a 36% drop in the number of car journeys per person between 1995-99 and 2010-2014. Overall, the total number of trips by all modes of travel fell 28% during the same period, with a slight increase in public transport use, a small reduction in walking, while cycling remained static.

The report attributed this to a combination of factors. Millennials have lower full-time employment rates, start work later, and are more likely to be in low-wage, uncontracted jobs, while income has stagnated as housing expenditure and the cost of motoring have increased. In turn, this means they are less likely to have families in their 20s, which can promote car use. Census data had also shown more 25 to 34-year-olds were living in urban areas in 2011 than in 2001.

“Given that many young people have become accustomed to a lifestyle in which private car use is less central than it has been for previous generations, it is also likely that significant differences in travel behaviour will remain throughout their lives,” the report concluded.

Previous: Drivers getting cocky over lack of police presence
Next: UK given last chance to redress EU air quality breaches