A new council-owned public charging network will make it easier for more people to use electric vehicles in the west of England, providing more charge points and a simplified payment system. 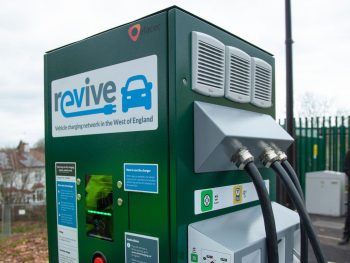 The replacement to the former Source West network, the Revive scheme has been launched by local authorities in Bristol, Bath and North East Somerset, South Gloucestershire and North Somerset, funded by the Office for Low Emission Vehicles (OLEV) and underpinned by a new partnership of suppliers, comprising Siemens, ChargePoint Services and Alfen.

The scheme will feature four charging hubs across the West of England, each with up to eight rapid charging units and supported by the introduction of additional 120 new or upgraded charge point connections across the region over the next year; already this week, Alfen has started the installation of the first units.

The scheme is open to existing Source West members – who are encouraged to sign up as soon as possible, to ensure they can charge as normal when charge points are switched over to the new system – as well as drivers new to the scheme.

Membership is free and charging will be on a pay-as-you-go basis. Revive members will also be able to charge at any GeniePoint charge point across the country.