Petrol may be top dog among fleet and retail new car buyers but diesel demand remains strong in the used car sector according to latest figures. 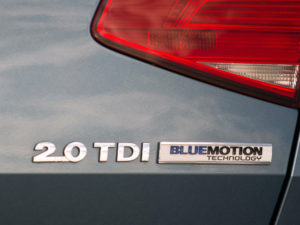 Martin Potter, group operations director at Aston Barclay, said the two-year high for used diesels “shows demand is still alive and well despite the diesel backlash in the media”.

The figures come as latest SMMT data shows diesel dropped to around a third of new car registrations in the UK in January, even taking second place even among fleets.

Autorola has also published 2017 figures, which show that the average used price of diesel cars sold on the Autorola online portal ended Q4 2017 at £11,123 – down 2.8% from Q1 (£11,443) but up from a drop to £10,893 in Q2 following “the initial scaremongering in the press around diesel”, according to Jon Mitchell, Autorola UK’s group sales director,

The Autorola data also shows petrol prices have been very consistent during 2017, starting the year at £8,415 and finishing Q4 just £80 higher at £8,495. Mitchell added: “Where we continue to see the greatest demand for used petrols is in the small hatchback sector and the lowest demand in the large SUV sector.”

Meanwhile Cox Automotive, which owns Manheim as well as consumer business Motors.co.uk, said that data on used vehicles from both its wholesale and consumer channels showed a positive growth in diesel sales from a volume point of view and contrasts with the downward trend in new vehicle sales.

Manheim recorded a 1% rise in sales volumes for used diesel vehicles (versus a 3% drop in used petrol vehicles), while Motors.co.uk reported positive volume growth for diesel vehicles in both the £20-£30k and £30-£40k price bands.

From a price perspective, in wholesale Cox saw a 14% increase in average sold price for petrol vehicles, but more importantly, it also encountered a 3% increase in values of diesel vehicles sold through its Manheim auction lanes, from £7,883 to £8,106.

Motors.co.uk reported a 10% year-on-year drop in average sold price for used diesels under £5,000, as expected in older models, however vehicles above £5,000 were stable, and within 1% of 2016 figures across all price brackets.

Philip Nothard, head of external relations, said: “Commentators have been quick to criticise diesel vehicles and as such, dealers prepared their businesses to anticipate a downturn in consumer demand for the fuel, however this simply hasn’t come to fruition. There is a steady and continuing appetite for diesel in the used car market, and we expect this to continue, specifically in more expensive stock.”