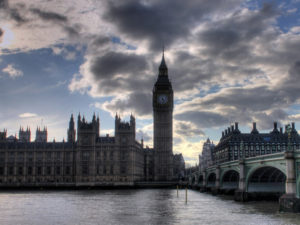 MPs on a cross-party inquiry into the UK Government’s air quality plans have been told by environmental lawyers that charging Clean Air Zones must be made mandatory.

Giving evidence to the relaunched inquiry – made up of four select committees – ClientEarth’s clean air lawyer Alan Andrews said the UK government had left local authorities “high and dry” by failing to mandate a national network of clean air zones, which would keep the most polluting vehicles out of the most polluted town and cities.

Andrews outlined the grounds for ClientEarth’s third legal challenge to the Government, including that the latest plan backtracks on previous commitments to order five cities to introduce clean air zones by 2020. He also highlighted that plan does not require any action by Wales to bring down air pollution as quickly as possible.

He added: “Everyone knows that charging clean air zones are the only way to solve the problem of illegal air pollution in our towns and cities and the government needs to mandate them and focus on giving people a helping hand in moving to cleaner forms of transport.”

Andrews also said the Government had missed a “golden opportunity” in yesterday’s Budget to force the motor manufacturers to pay for a scrappage scheme, as Germany had done.

Previous: Driver training may not be the key to greener fleets
Next: Today in Fleet – Thursday 23 November