ClientEarth has confirmed it’s pushing ahead with plans to take the government to court for a third time over illegal air pollution as it builds the case for a national network of charging clean air zones. 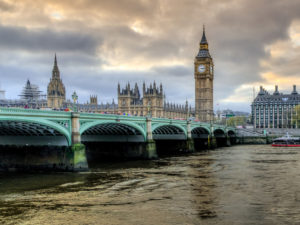 Although Defra had published its latest air quality plan in July – including requiring local authorities to draw up initial plans to improve air quality in eight months instead of the previous 18 months – ClientEarth wrote to the government three weeks ago to warn that it would push ahead with a third round of legal action if ministers didn’t address “holes’ in the plans. These included not requiring 45 local authorities to take action to achieve air quality standards, despite a forecast that they would breach air pollution limits for several years to come.

The letter also criticised the Government’s lack of progress on key national policies such as changes to the tax system to favour cleaner vehicles, introducing a targeted diesel scrappage scheme and setting up a ‘clean air fund’ to help local authorities tackle pollution.

ClientEarth has now set out its grounds for judicial review, including that the latest plan backtracks on previous commitments to order five cities to introduce clean air zones by 2020. It also highlighted that plan does not require any action by Wales to bring down air pollution as quickly as possible.

ClientEarth said that to avoid delays to current Defra and DfT work with local authorities, it was looking for the current plan to be supplemented, not replaced.

CEO James Thornton added: “This is a national problem that requires a national solution. The government’s own evidence shows that we need a national network of charging clean air zones, which will keep the dirtiest vehicles out of the most polluted areas of our towns and cities, so why aren’t drivers being prepared for it? It’s time ministers came clean about the size of the problem and the difficult decisions needed to solve it.”