Clarity on EV Benefit-in-Kind essential in run-up to 2035, government told

Insight into imminent and future Benefit-in-Kind tax changes for electric vehicles will be essential to meeting the proposed petrol, diesel and hybrid new car ban from 2035, or sooner. 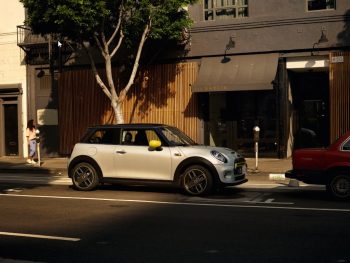 So say the major fleet industry organisations as new chancellor Rishi Sunak presses ahead with the Government’s previously planned date of 11 March for the Budget, carried over from last November after the general election was announced.

Although next month’s Budget is widely expected to contain the freeze on company car tax for fleet cars and the introduction of a zero Benefit-in-Kind rate for fully electric cars, as announced last July and seen as essential to create more certainty and a positive outlook among fleets, the industry has been unanimous in its call for further clarity on BiK tax going forwards. This has been heightened under latest Government plans to bring forward the current 2040 target on ending the sale of new petrol and diesel cars and vans, which could now see the ban take effect from 2032 and include hybrids.

With the end date for production of fossil fuel cars now up in the air, the BVRLA says that providing clarity on future company car rates gives fleet managers and company car users the confidence to decarbonise now. It adds that while last year’s announcement on rates to 2022/23 was welcome, committing to a clear company car tax policy until 2025 will give employers and drivers the confidence and clarity required to make the transition to fully electric vehicles.

Supporting this, it points to the fact that 42% of business leases are for more than three years and that not all company car and salary sacrifice users are in a change cycle that allows them to opt into a new car in 2020.

In its Budget submission, BVRLA chief executive Gerry Keaney said: “By giving extended clarity you are able to capture those who are currently midway through their car cycle, capturing a much bigger proportion of the business leasing market. It would give businesses the time needed to investigate their policies and to see if they should make the commitment to a company car or salary sacrifice scheme for their staff, moving more users away from more polluting grey fleet or cash allowance options.”

It’s one of a number of calls made by the BVRLA for the Budget; the association is also urging the Treasury support zero-emission fleets, including by continuing the Plug-in Car Grant until 2025, raise the VED surcharge threshold on fully electric vehicles to £55,000, launch a VED Review and provide continued support for Future Mobility Zones.

ACFO has also set out that the chancellor should provide further insight into future BiK rates; part of its Budget 2020 wish list.

Chairman Caroline Sandall said: “Company car replacement cycles are typically four years with some extending into a fifth year. It is imperative that fleet operators and drivers know what the tax burden will be throughout the lifetime of a vehicle on fleet to enable long-term planning.

“We know that the Government is driving fleets and consumers down the electric vehicle road, but to date there remains a vagueness about the details as to how the Government intends to improve air quality and its targets.

“Motor manufacturer supply of electric vehicles is limited with lengthy lead times resulting. What’s more there are complex issues around the charging point infrastructure that must be resolved, notably multiple payment systems – one system is required nationally – and availability in rural locations.”

Sandall also says that the Government’s focus on encouraging people to switch from cars to travelling on public transport under its air quality plans requires further insight on Mobility as a Service (MaaS) after a House of Commons Transport Select Committee published over a year ago called on the Government to take an active and direct lead in supporting the development of new digital platforms for planning journeys to ensure a ‘travel revolution’.

ICFM chairman Paul Hollick is also adding to calls for the new chancellor to ensure that the existing company car Benefit-in-Kind tax schedule for pure electric vehicles and plug-in models will be maintained at the levels already announced beyond 2022/23 for several more years to enable the “embryonic sector” to become established.

And he says that greater incentives to encourage businesses to introduce plug-in vehicle charging points in company car parks should be increased as part of the Budget while the Government should tackle the “huge anomaly” that contract hire and leasing companies are not able to benefit from 100% first year capital allowances on electric and ultra-low emission vehicles and are also penalised through the lease rental restriction.

Hollick also says that petrol and diesel car phase-out plans will require further new incentives – such as a long-term scrappage scheme to help small businesses and consumers replace older diesel cars and vans with new 100% electric and ultra-low emission models, and a scheme to encourage the increased production of renewable electricity.

The fleet associations’ calls for further government insight on BiK are being backed up within the industry, including by Meridian Vehicle Solutions, which says the Government needs to work with fleet and motor industries on a roadmap to 2035 – or earlier.

Explaining the need for further details of how the industry will achieve the phase-out plans on schedule, Phil Jerome, managing director at the medium-term rental specialist, said: “The Government deliberately uses the Benefit-in-Kind taxation rates for company cars to manipulate demand for certain kinds of vehicles and the new 0% EV rate is certain to stimulate demand.

“However, how does the Government see those EV BiK tax rates changing over time and presumably, eventually reaching a similar kind of level to those we now see for petrol and diesel cars today? The same questions also surround VED and fuel duty.

“Unless a degree of structured decision is in place, making around all of this made known as soon as possible, there is the possibility of some degree of chaos and resulting substantial financial damage.”

Jerome added that the establishment of a healthy used EV market also needed to be taken into consideration when it came to making a success of the 2035 transition.

“Unless there is a predictable, stable and properly functioning used car market for the large numbers of EVs that are likely to enter the market over the next few years – and also for the run-out of petrol, diesel and hybrid models that’ll till be made – then the EV switchover will be very, very tricky because financing new and used cars will be a minefield.”