The Chancellor is being urged to rethink plans to reduce benefits for ultra low emission vehicles (ULEVs) drivers ahead of the Autumn Statement on 23 November. 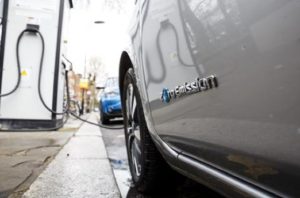 The call comes from the AA and Chargemaster as ministers are tasked with finding new proposals for tackling air quality after last month’s High Court ruling that current plans were inadequate.

With concerns mounting that diesel drivers could face fines to enter city centres, the two organisations are urging the Government to revise the changes to Vehicle Excise Duty that will increase rates for plug-in hybrids, and are also warning against the reduction in benefits for company car drivers who use an ULEV.

Edmund King, AA president, added: “If the Government is serious about improving air quality and increasing the use of electric and plug-in hybrid vehicles it would be better to promote incentives to encourage their take-up rather than introducing penalties for those still using internal combustion engine vehicles. Scrapping the new proposed VED bands would be a start and significantly increasing the number of charging points would help.”

David Martell, chief executive of Chargemaster, added: “With growing pressure to clean up air quality, the Government must embrace ULEVs, not look to profit from them. While the plug-in car market is growing, it still accounts for just 1.3% of new cars registered this year. Any change in taxation that penalises environmentally-conscious motorists will only serve to destabalise this fragile market.”