Continued work on a green recovery strategy, electric vehicle and mobility incentives plus investment in roads should be on the chancellor’s agenda for this spring’s Budget. 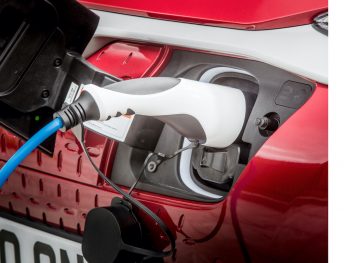 That’s according to key industry figures – following the announcement that the Budget will take place on Wednesday 3 March – as the sector looks ahead to how the chancellor plans a particularly fraught balancing act for 2021.

Last year’s Red Book, published in the early days of the pandemic, was dominated by the Government’s first response to coronavirus; a theme that will be carried on in the 2021 Budget, which will – according to HM Treasury – set out the next phase of the plan to tackle the virus and protect jobs.

But alongside the £30bn package announced last year to boost the economy and help get the country through the outbreak, there were rather a lot of fleet-relevant announcements; including the long-awaited confirmation that previously announced company car tax rates would go ahead for the 2020/21 tax year, including the 0% BiK on EVs, and frozen at 2022-23 levels for an additional two years. The Red Book also included announcements on further incentives for EVs and charging as well as funding for pothole and roads repairs.

All of these however need to remain a core focus in the 2021 Budget, according to key figures within the fleet sector.

This includes work to ensure that EVs are at the forefront of buyers’ minds when it comes to new vehicles; and something that’s a major part of the BVRLA’s Budget wish list.

Chief executive Gerry Keaney says that last year was a catastrophic year for the car market but a tipping point for electric vehicle uptake, as per the latest SMMT new car registration figures for 2020.

Keaney added: “With so much uncertainty surrounding the impact of EU Exit, coronavirus and the economic downturn, the Government must do everything it can to support the vehicle buyers that underpin the UK’s new car market.”

According to the BVRLA, the Government’s close work with business fleets to develop a set of powerful grants and tax incentives and invest in a robust public charging network must remain a focus.

In its 2020 registration figures, the SMMT noted that most (68%) of pure electric and PHEV new car registrations were for company cars – indicating the importance of the sector in helping the new car market switch to BEVs and PHEVs ahead of the 2030 petrol and diesel new car ban.

Gerry Keaney continued: “With the next Budget just weeks away, the chancellor must continue to ring-fence the long-term grants and tax incentives that make electric vehicles affordable. He must also resist the urge to pile more motoring tax increases on fleets and drivers that have yet to make the transition to zero-emission motoring. Many of these businesses and individuals are struggling financially and can’t yet find an electric vehicle that meets their needs or budget.”

Ashley Barnett, head of consultancy at Lex Autolease, also said that 2020’s fall in new car registrations shows just how challenging the coronavirus pandemic has been for the motor industry and echoed the comments about a need for a green recovery strategy.

“As we set our sights on recovery in the post-Covid global economy, we must remember that accelerating electric vehicle adoption needs to remain at the top of the industry’s New Year’s resolution list if we’re serious about achieving the ambitious Road to Zero targets,” he outlined. “The growth in EVs is comforting but ultimately is from an extremely low base – only 6.6% of vehicles on the roads are EVs (including PHEVs).

“All eyes will be firmly on the Spring Budget and the rumoured plans for a road pricing scheme which may go some way to recoup lost tax revenue when EVs begin to overtake conventional ICE models. The chancellor has an opportunity to reassure would-be EV drivers that fiscal incentives will remain on the table and incentivise them to take the first step into alternatively fuelled vehicles.”

And the Association of Fleet Professionals has a number of key requests to the chancellor – from EV-specific measures to an increased focus on mobility and further investment in roads and pothole repairs.

Chair Paul Hollick said: “The main things we are keen on for the Budget to include are continued incentives for electrification. The concern isn’t so much in the corporate space but in the retail space: scrappage schemes to get diesels off the road and what can the Government do to get people into cleaner vehicles, particularly electric vehicles.”

He continued: “Obviously the BiK tax tables finish 2024/25 so it would be nice to see what the Government has planned after that. We’re on this road map to 2030 and for all fleet managers, electrification is the number one topic for everybody. The great thing is that, as you would expect, there’s a lot of demand from our drivers to be in electric vehicles because of the BiK rates. But for us, it’s only a couple of [vehicle] cycles away. And what we’d really like to know is what the future is in the second half of the decade.”

Hollick added: “We’d like to see more money for potholes. The quality of the roads still isn’t great. Particularly as a motorist but also as a cyclist, I think it can be quite dangerous. I know it can be quite challenging for the Government’s coffers and I know they’ve invested in smart motorways but I think it’s the A-roads and the inner city roads that also need a level of attention. I’d like to see some investment in London and some proper cycle lanes to have with scooters and bikes in terms of mobility and also to get people walking.”

Continuing on mobility, Hollick finished: “And I know it’s a way away but we’re a little bit of out of kilter with France and the Netherlands in terms of mobility allowances. It would be nice if rather than us always offering company cars, if businesses could offer a mobility allowance to employees with some decent tax rates. But I think that might be more something that will happen next year or the year after as we start to think more about mobility and usage rather than ownership.”

Previous: Shift to EVs could be hit by shortages in fleet skills and vehicle supplies
Next: New VRA webinar series to help remarketing sector prepare for pandemic’s end