The Budget has provided long-awaited confirmation that the company car tax rates announced last year will go ahead as planned, while also setting out rates for two further years. 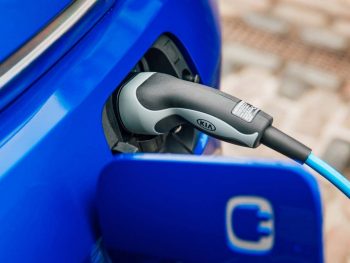 Although the rates had been set out last summer, there had been some concern over their adoption when the Autumn Budget was shelved for the election campaign.

And for cars registered between 1 October 1999 and 5 April 2020 inclusive, the Government has clarified that the CO2 emissions figures for company car tax and related charges will continue to be based under the New European Driving Cycle (NEDC) procedure.

In a surprising but welcome move, the Government also confirmed in today’s Budget that these rates will be frozen at 2022/23 levels for an additional two years.

Claire Evans, head of fleet consultancy at Zenith, said: “The fleet industry will take real confidence from the confirmation of Benefit-in-Kind (BiK) tax rates and the further announcement they will be frozen at 2022/23 levels for an additional two years. It gives the industry the certainty it needs and provides a commitment to low rates for drivers of EVs.”

And BVRLA chief executive Gerry Keaney said: “Having a roadmap for the future of company car tax up to 2025 removes the uncertainty that we know stifles business decisions.”

There was also news on capital allowances for business cars, which are now being extended to cover the April 2021 to April 2025 period. From April 2021, only zero-emission cars will be eligible for the first-year allowances – compared to the limit of 50g/km currently – while the threshold for the main rate writing-down allowance (WDA) of 18% drops to 50g/km from the current 110g/km.  The special rate WDA of 6% will apply to higher polluting cars with emissions above 50g/km (currently above 110g/km). First-year allowances for zero-emission goods vehicles and natural gas and hydrogen refuelling equipment will also be extended.

The threshold for the lease rental restriction will also drop to 50g/km.

Tom Brewer, head of sales and marketing, VWFS | Fleet, added: “The Government has announced that they will be putting significant investment into supporting the switch to electric vehicles by confirming the 0% BiK rate for 2020-21 and extending the plug-in car grant to 2022-23, as well as providing support for plug-in vans, motorbikes and taxis. We are pleased to see the government taking real steps to help businesses lower their emissions for good. We hope that company car drivers and fleet managers feel incentivised to make the transition to electric vehicles on their road to zero.”