The Government has been slammed after it revealed that funding for the Plug-in Car Grant (PiCG) is being slashed with immediate effect, just hours after announcing in the Budget that both the car and van grants would be continued. 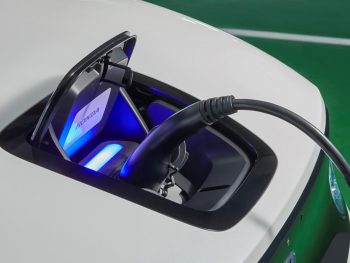 After being lauded for continuing the Plug-in Car Grant, the Government has now announced that funding is being slashed to £3,000

Although there had been fears the grants would be axed, the Budget document sets out that the Treasury will provide £403m for the Plug-in Car Grant, extending it to 2022-23, while also providing £129.5m to extend the Plug-in Grants for vans, taxis and motorcycles to the same date; a move that led to widespread approval.

But a subsequent clarification note issued by the Department for Transport and Office for Low Emission Vehicles has since revealed that the grant funding for cars will, from Thursday 12 March 2020, fall to £3,000 compared to the current level of £3,500 – effectively raising the cost of electric vehicles for drivers and fleet. Meanwhile, cars costing £50,000 or more will no longer be eligible for the funding either.

The grants to support the purchase of zero-emission vans, taxis and motorbikes will remain at the same rate as before.

The statement added that the reduced funding and the exemption for higher price cars would “allow more drivers to benefit from making the switch for longer” and also set out that the Government “will continue to keep the rate of the grant under review”.

The latest reduction in funding comes some 17 months after the PiCG was reduced from £4,500 to £3,000 while the Plug-in Car Grant for PHEVs was effectively axed as part of a reformed system focused on increasing uptake of electric and hydrogen fuel cell vehicles. Although the changes were initially meant to take place from 9 November 2018, the DfT brought forward the start date to 22 October after a massive spike in sales.

The funding for fully electric cars had already been reduced in 2016 when the system was also revised to introduce three categories; when the PiCG was first introduced in 2011, it initially offered £5,000 or up to 20% off the purchase price of a new car.

Commenting on the latest reduction in funding, Caroline Sandall, chairman, ACFO, said: “ACFO is hugely disappointed that a supplementary note was issued with a key change – the cut to £3,000 – that has a huge impact on many currently popular electric cars.

“Whilst ACFO welcomes the overall Budget Statement, any erosion of the benefits of electric vehicles will impact uptake and this £500 cut goes against the raft of ‘green’ motoring-related initiatives contained in various announcements by the chancellor.

“The Budget Statement made great play on the Government ‘getting things done’ and it being a ‘Budget that delivers in challenging times’. Well, this cut to the Plug-In Car Grant makes a swathe of electric vehicles more expensive and thus dilutes the benefits.”