The Prime Minister has officially announced that sales of new petrol and diesel cars and vans will be banned by 2030 – but sales of hybrid models with significant electric-only capabilities will be allowed until 2035. 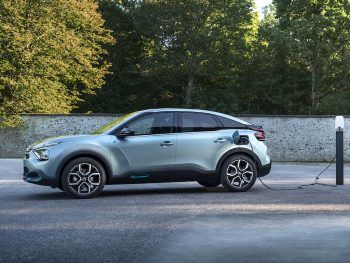 The PM said investment of more than £2.8bn in electric vehicles will allow the Government to end the sale of new petrol and diesel cars and vans in 2030

The much-rumoured plans were revealed by Boris Johnson a day earlier than had been expected in a post on the Financial Times website tonight as part of his 10-point plan for a “green industrial revolution”, which he said would “turn the UK into the world’s number one centre for green technology and finance, creating the foundations for decades of economic growth”.

Alongside plans to make the UK “the Saudi Arabia of wind” and invest in hydrogen and nuclear power and – importantly – cleaner public transport, Johnson outlined that the Government will invest more than £2.8bn in electric vehicles, “lacing the land with charging points and creating long-lasting batteries in UK gigafactories”.  This will enable the 2030 deadline to go ahead.

It’s a major fast-track of the current 2040 date and follows a public consultation this summer on plans announced at the start of the year to explore bringing the target forwards to 2035, or even 2032. This included potentially banning hybrids from the same date.

But Johnson has now set out that the sale of hybrid cars and vans “that can drive a significant distance with no carbon coming out of the tailpipe” will be allowed until 2035 – allaying concerns of drivers being left without a midway point in the transition to electric, but still setting a tight deadline that will present major challenges for both vehicle manufacturers and fleets, as well as private drivers, to make the switch. The Department for Transport later clarified that this could mean both plug-in hybrids and full hybrids, and this will be defined through consultation.

Responding on Twitter, AA president Edmund King welcomed the transformation to EV and said the 2035 date for hybrids was a deadline concession stepping stone for fleets and drivers before going full EV. But he also warned of a big challenge for carmakers to change century ICE production to cater for an electric future within a decade.

While full details of the plans are yet to be set out – including how the announced £2.8bn investment in EVs will be allocated – the Society of Motor Manufacturers and Traders (SMMT) has cautiously greeted the initial announcement, in particular the Government’s acceptance of “the importance of hybrid transition technologies”. The trade body had previously warned of the devastating effects of a 2030 ban on hybrids.

Commenting tonight, Mike Hawes, SMMT chief executive, also said: “Investment in EV manufacturing capability is equally welcome as we want this transition to be ‘made in the UK’, but if we are to remain competitive – as an industry and a market – this is just the start of what’s needed.

“Success will depend on reassuring consumers that they can afford these new technologies, that they will deliver their mobility needs and, critically, that they can recharge as easily as they refuel. For that, we look to others to step up and match our commitment. We will now work with government on the detail of this plan, which must be delivered at pace to achieve a rapid transition that benefits all of society, and safeguards UK automotive manufacturing and jobs.”

The BVRLA also welcomed the phased approach on ending the sale of petrol and diesel car and vans – it had said earlier this year that a single date would be a mistake – but, as with the SMMT, stated that setting dates is only the start of the process as it warned of the differing impacts on its members.

Chief executive Gerry Keaney added: “2030 is an extremely aggressive phase-out target, but one that will be embraced by many drivers and fleet operators.

“The 2035 extension for plug-in and full hybrids provides an essential lifeline for those facing a greater zero-emission challenge. Vehicle rental companies and van fleet operators will be very relieved to have this additional breathing space but will need clarity on exactly what types of hybrid are in scope.”

The BVRLA has said there are three support areas that the Government must focus on: a set of powerful tax incentives and grants that will drive demand across all segments of the UK fleet and retail automotive market; work to ensure that the UK remains an attractive market for OEMs to sell their products; and finally implementing a comprehensive strategy on charging infrastructure.

“Setting these phase-out dates is just the start of the journey, now the Government needs to create the supportive environment that will enable fleets and motorists to step up to the challenge of decarbonising road transport. It won’t be easy, and it won’t be cheap,” said Keaney.