BiK should be suspended during lockdown, says AFP

The Government should explore the impact of the lockdown on company car and van Benefit-in-Kind taxation with a view to suspending BiK during the crisis. 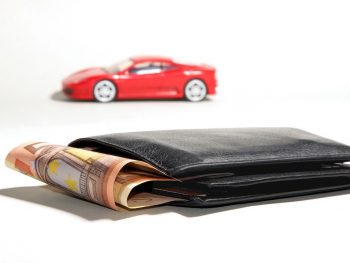 The Association of Fleet Professionals (AFP) – created following the merger of ACFO and ICFM – said that while the Government was facing a whole range of more important issues, BiK was still a genuine cause for concern.

Co-chair Caroline Sandall explained: “Overall, there is a fundamental question of fairness here. Can you justify taxing people on a benefit when that benefit is not really available for use? That’s what is happening at the moment with company cars and vans that can’t be used except for essential travel.”

She added that while all drivers were hit, some were potentially being affected more than others.

“Among the hardest-hit are drivers who have been furloughed and could find it tough to pay their tax bill while on only 80% of their usual salary. This is especially the case if they have an older car with a high CO2 figure on which the Benefit-in-Kind increased at the start of the new tax year.”

She added that there were other implications. For example, there were drivers who were expecting to have taken possession of a new company car with lower Benefit-in-kind taxation but have had to hang onto their old car because delivery was currently impossible.

“If you were planning to be driving a new, lower emissions car or even an EV on 2 April that attracted very low or zero taxation, then it seems unfair if you are taxed on your four-year-old diesel and being charged an additional couple of hundred pounds [SW1] every month.”

Sandall added that there was even a question of whether company car drivers should be able to SORN their vehicle during the lockdown period and avoid paying Benefit-in-Kind altogether.

“Some drivers will not be using their company cars at all because of their situation, perhaps because they have had to self-isolate or are part of an at-risk group. It seems plausible that they should potentially be given the option of opting out of their company car temporarily.”

She also said that the AFP would like to act as the focal point for any co-ordinated activity undertaken across the sector, including first looking into ways of recording potentially useful information regarding the driver and company car usage, including the dates of any furlough, the mileage they are covering and more.

“Ideally, of course, we would like to see a suspension of benefit-in-kind taxation on company cars and vans for the period of the lockdown but, given government and HMRC current priorities, that may not be possible,” she continued.

The AFP’s call for BiK to be suspended comes as Cap HPI data shows just how much drivers will be hit by the switch on 6 April to using WLTP CO2 figures for newly registered cars – it’s also being used for Vehicle Excise Duty (VED) as of today (1 April).

According to Cap’s data, the average petrol, diesel or hybrid car has seen a 19.7% increase in CO2 under WLTP and BiK increases of £714 a year.

The most significant increases in BiK were seen in the MPV sector at 3.5%, upper-medium, 3.3% and supermini, 3.2%. Luxury executive and supercar saw no increases.

The study comes as Cap rolls out its WLTP Emissions Service API which gives dealers and fleets a solution to manage dynamically configured vehicles, and content collation of new, static values within new vehicle data (NVD).

Jonathan Clay, head of vehicle identification at Cap HPI, commented: “The combination of the introduction of WLTP and a new tax regime aimed at encouraging private drivers and fleets to make greener motoring choices has driven up costs across the board. But it’s also clear that some sectors are more affected than others, which will undoubtedly drive a change in the shape of the UK car parc.”