Volkswagen has suspended production for a further five working days at its German plants as it responds to the continued fall in car demand. 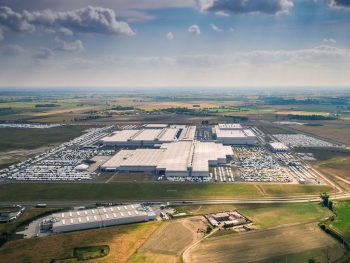 The suspension applies to the facilities for Volkswagen Passenger Cars, Volkswagen Commercial Vehicles and Volkswagen Group Components and will now extend until 19 April, when the plan is to resume night-time shift.

It added that it continued to prepare for production to be resumed and was putting into place a comprehensive package of health protection.

The suspension applies to the Dresden, Emden, Osnabrück, Wolfsburg and Zwickau facilities as well as the Volkswagen Commercial Vehicles plant in Hanover, the plants of Volkswagen Group Components at Brunswick, Kassel, Salzgitter, Chemnitz and Hanover and the German plants of SITECH.

Andreas Tostmann, who heads up production and logistics, said: “The health of our employees has the highest priority. We are making good progress with an extremely comprehensive package of measures for the staged run-up of production. This also includes additional measures as regards hygiene and distances between employees on the production line.”

Previous: BiK should be suspended during lockdown, says AFP
Next: Making the most of lockdown: Key advice for fleets