Back from the Brink: Renault’s recovery 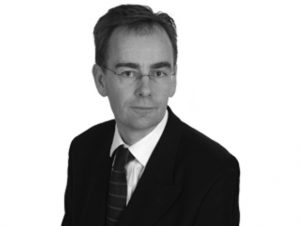 How’s this for a turnaround? In the closing weeks of 2011 I joined a small group of journalists summoned to Renault UK’s head office in Maple Cross. It was clear by the sombre faces of the PRs and managing director, as we were ushered in to the boardroom, that this was no pre-Christmas jolly. Serious matters were about to be discussed. Just how serious would have long term implications for all fleets and private customers running Renault vehicles.

After personally serving everyone coffee, Renault’s then-boss Thierry Sybord announced that he was immediately withdrawing five car lines including the Laguna, the brand’s popular fleet model, as well as the Espace, Wind, Modus and Kangoo car.

Furthermore, Renault issued 12 month termination notices to a third of its dealer network which would mean 55 showrooms exiting the franchise with the target of having just 135 to cover its fleet and retail needs.

Renault in the UK had been haemorrhaging sales, which had halved in just five years, as it failed to address reliability issues and compete with the big boys in the mainstream.

Fortunately Sybord had a recovery plan. Introduce a confidence inspiring four-year warranty package on new cars and raise the quality standards of the reduced dealer network. He also knew that a slew of models in the product pipeline would see the brand launch a new generation Clio, enter the EV market with the ZOE and finally grant a UK debut for the Twingo city car. Crucially it would also enter the sweet spot of the new car market with not one but two crossovers: the Captur and Kadjar.

At this time of retrenching Renault also made what seemed like the bizarre decision to launch its cheap and cheerful Dacia retail brand, popular elsewhere on the continent, and make it mandatory for all its dealers to sell.

All of this, and more, was encapsulated in the brand’s GO5+ strategy which was deployed in 2013 as a five-year plan to deliver a combined Renault Groupe UK market share of over 5% in 2017 along with top performing dealer network and Top 10 ranking in the Auto Express Driver Power Survey.

Less than five years on and the gamble has paid off. Last year the brand significantly outpaced the new car market with year-on-year sales up 14%, giving it a respectable 2.9% share of the new car market. The performance of its vans was even better, achieving a new record of 25,458 registrations, a year-on-year increase of 40%. Both car and van sales are also powering ahead in the year-to-date.

For a brand that had been staring into the abyss, Renault is now on the up and ideally placed to reap the fleet benefits with its next wave of new models including the all-new Megane and Scenic and the top-end Koleos crossover.

A crucial element in the turnaround has been the performance of the dealer network. After the purge the network faced a tough couple of years as dealers faced the challenge of re-engaging with customers, putting in place new customer care processes and building long term relationships. The network has since grown to around 160 sites with representation from some of the country’s biggest dealer groups including the likes of Lookers, Bristol Street Motors, Arnold Clark and Glyn Hopkin. Furthermore, all showrooms are targeted to become swish new-look Renault Stores, a programme completed by over 130 outlets so far.

However, even the most optimistic senior managers at Renault’s head office must have been taken by surprise by the brand’s performance in the recent Auto Express Driver Power Dealer Aftersales Service Satisfaction Survey. Renault displaced Lexus to take the top slot with a rating of 94.42%, while Dacia grabbed second place from Toyota with 93.75%. To put that into perspective last year Renault was rated a mid-ranking 12 and Dacia 13. The results are based on responses from retail customers but act as an important barometer for fleets who, after all, are using the same facilities.

“This outstanding result demonstrates the progression of our vehicles and reaffirms our commitment to customer service throughout the entire lifespan of our cars. We are delighted to have topped the list, especially as this comes directly from our own customers,” said Mark Crockett, director of total customer experience of Groupe Renault in the UK.

“This ranking comes at a time when we are also selling a record number of vehicles in the UK. We strive to provide customers with the very-best ownership experience, and 94.4% of customers stating they have been satisfied with our aftersales service is proof of that.”

Five years is a long time in the automotive sector and no-one walking out of that meeting on a cold grey day back in December 2011 could have predicted such a compelling turnaround.