AdBlue knowledge on the increase but further fleet education needed

Fleet drivers are getting the message on using AdBlue but further education is still needed to cut the number of breakdowns. 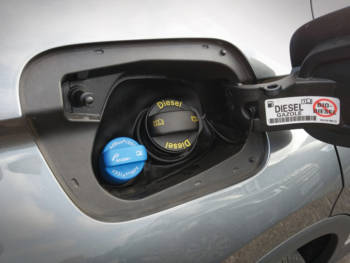 The AA has reported 5% fewer call-outs related to AdBlue in the first half of 2019, compared with the same period the previous year

So says the AA as its figures show fewer drivers are making the mistake of running out of the fluid while call-outs related to system faults are also on the decline.

Data from AA technicians shows there were 5% fewer call-outs related to the diesel exhaust fluid in the first half of 2019, compared with the same period the previous year. The news follows a peak last year, with the AA having reported some 23,000 AdBlue-related breakdowns in the 12 months to June 2018.

Stuart Thomas, director of fleet & SME at the AA, said: “Last year a lack of driver education was leading to significant AdBlue breakdowns, but we are pleased to see that knowledge levels seem to be on the increase. Fleet managers are obviously doing a good job updating drivers on what they need to do. And, if you’ve run out once, you are unlikely to make the same mistake again!”

However, the AA’s Business Services team said there is still a need for further education, in particular as diesel still makes up more than a quarter of new car sales, despite registrations  have fallen almost 20% in the year-to-date 2019. In addition, the roll-out of Euro 6 emissions regulations and Selective Catalytic Reduction (SCR) technology means that AdBlue usage is on the increase.

Most diesel drivers will need to top up their AdBlue at least once between services, so it is important to keep an eye on dashboard warnings, particularly for high-mileage fleet drivers or those who are jumping in and out of different cars in the company pool.

Thomas continued: “We’ve all done it, jumped into an unfamiliar car and decided to take a chance on leaving the warning lights for the next poor person to get behind the wheel. However, when AdBlue runs out, the engine’s power and performance will be severely limited, and you won’t be able to restart the engine when you stop. The good news is that the warnings will come up with plenty of time to get your car topped up. The onus is on drivers to keep their fleet managers informed if they don’t get it sorted themselves.”

Thomas also warned that colder weather this autumn and winter will made AdBlue refills even more important.

He explained: “Changes in the driving conditions, whether that is heavy payloads or extreme weather, can significantly impact how quickly you get through your tank of AdBlue. The size of the tank also makes a massive difference. While you might top up anywhere between every 3,000 and 12,000 miles in the spring and summer, this could drop dramatically in the cold weather.”

The AA has published a guide to AdBlue to help fleets and drivers get to grips with using the additive. To read the guide, click here.