A certain sacrifice? The impact of the OpRA changes for fleets

Following this year’s implementation of long-feared tax changes, is the writing on the wall for salary sacrifice and cash allowance schemes? Natalie Middleton asks the fleet industry specialists on where the market is heading. 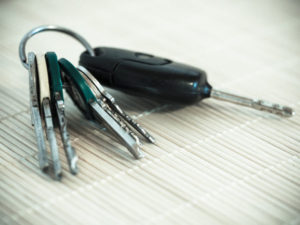 And David Bushnell, product manager – mobility, Alphabet GB Limited, has warned that the Finance Bill announcements have now led to discussions over ‘cash versus car’ as companies weigh up which one they choose to offer

With the Government having made no secret of the fact that it’s had tax-efficient salary sacrifice schemes in its crosshairs for some years now, it was scant surprise to hear Chancellor Phillip Hammond announce in the 2016 Autumn Statement that changes were afoot.

Following a consultation by HM Treasury last autumn, Mr Hammond revealed that from 6 April 2017, most salary sacrifice schemes would be subject to the same taxation as cash income, with the exemption of ultra-low emission vehicles (sub-75g/km), pensions and cycle-to-work schemes, where it would be business as usual.

For many in the fleet industry, the rules – and their longer lead-in time for existing schemes – were actually a relief compared to the prospect of the changes being applied to all cars, ultra-low emission or not, but it has caused some controversy over the future of salary sacrifice.

However, what has since caused more of a seismic shock is the confirmation in the Finance Bill that cash allowances would be included in the rule changes. Using the term, ‘optional remuneration arrangements’ (OpRAs), the Finance Bill sets out that not only do the tax rules apply to Type A arrangements when an employee choses to take a benefit instead of an amount of salary but also to Type B arrangements, when they are provided with a benefit instead of a cash allowance. In both cases, they will be taxed on the greater of the salary given up and the taxable value of the Benefit-in-Kind – and it’s this that has really shaken up the fleet sector.

What’s the impact on salary sacrifice?

According to salary sacrifice specialist Tusker, there’s actually been little impact on such schemes – the tax changes are not denting interest in salary sacrifice and it says the financial impact of the changes has been minimal.

Although it was originally thought that, ULEVs exempted, only around half of all salary sacrifice drivers would be affected at all, the reality, following the publication of the Finance Bill, is that even fewer cars are impacted and the firm says that for most salary sacrifice drivers there are still significant savings to be made through a scheme, not just through the National Insurance and pension savings but also from using Tusker’s buying power and the discounts it passes on.

Paul Gilshan, chief marketing officer at Tusker, also points out the wider benefits of the schemes, which from a fleet perspective can be used to attract and retain staff, while employees benefit from a brand-new, all-inclusive, hassle-free car, for a fixed monthly amount that includes maintenance, MOTs and servicing.

You might argue that Tusker would say that, with them being a salary sacrifice firm, but their comments have been supported by a number of other industry specialists. This includes Ian Hill, managing director of Activa Contracts, who backs up the points that the previous tax advantages of such schemes have only been eroded for certain employees/cars, and adds that for standard rate taxpayers the impact is minimal and for sub-75g/km cars there is no affect at all. He also reiterates the view that all the operational benefits of such schemes continue, rendering them still an attractive part of a reward package.

And industry expert Colin Tourick, professor of automotive management at the University of Buckingham, has said the new rules will help the salary sacrifice sector grow by clarifying the rules.

What about cash allowances?

Prospects may look good for salary sacrifice still but the picture doesn’t seem so rosy for cash allowances, with a number of industry experts saying that these are likely to be withdrawn by a number of fleets.

This includes Colin Tourick, who is advising fleets offering cash allowances that it might be a good time now to review whether they should continue, and, if so, the amounts that should be on offer. He adds that it could well be the case that fleets find that for a whole group of drivers, particularly those who are only allowed to choose from a small range of cars, it might be worthwhile withdrawing the cash option completely.

And David Bushnell, product manager – mobility, Alphabet GB Limited, has warned that the Finance Bill announcements have now led to discussions over ‘cash versus car’ as companies weigh up which one they choose to offer.

Will there be a rise in affinity?

Some in the industry have said that the moves could lead to a revival in affinity schemes, which enable employees to purchase discounted cars through their organisation or a leasing company. By taking the employee right outside the company car regime and therefore the BiK regime, such schemes could bypass the rules – although they do need to be structured correctly to avoid falling foul of HMRC – while they can also be set up to control duty of care problems with grey fleet and cash allowance drivers.

Already this summer has seen fleet management company Total Motion announce that it is to launch an HMRC-approved affinity scheme, with MD Simon Hill commenting: “While salary sacrifice has some benefits now that it is on the HMRC radar, it will always be a target. This combined with the pace of change in the industry potentially makes it risky and a hassle to maintain when you compare this to an affinity scheme that is properly structured with the right products and services. Additionally, there is no cost, no risk and no hassle and in the case of the Total Motion offering to deal with the increase in grey fleet, employers can opt for an option to have this managed.”

Simon Hill added: “The current HMRC position and the demand for shorter replacement cycles means that many employers will end up dispensing with the company car, cash allowance and sal sac giving increases in salary and then using an affinity scheme to deal with the issue.

“When we recently spoke to our top 20 clients over this and carried out with research from a leading university business school, we found that there is a real desire in over 80% of employers not to have the cost or hassle.”

What about ECO schemes?

Although there has also been talk of a resurrection of ECO (employee car ownership) schemes as a result of the OpRA changes, a number of tax experts we spoke to warned that such schemes are also impacted by the same rules – with the problem lying not in the provision of a car as such but in the mechanism used to provide it. As a result, one of the big four accountancy firms is said to be advising to discontinue such schemes immediately, although it seems to be a grey area.

When asked about the future for ECO schemes, Sharon Gilkes, tax director, Grant Thornton UK LLP, commented: “HMRC have confirmed that Employee Car Ownership Scheme arrangements will be caught under the tax changes to optional remuneration arrangements, when they operate under the typical model of maximising mileage payments and exchanging cash remuneration. At the moment, there is no simple solution to this but clearly companies need to prepare for a big change.”

And Colin Ben-Nathan, partner at KPMG, said that it’s understood that HMRC is very shortly to issue expanded guidance on OPRA, following its publication of draft guidance towards the end of March – with the anticipation that the expand guidance will be more comprehensive – particularly around HMRC’s view on ECO and similar arrangements.

Overall the general viewpoint of the industry seems to be that although companies do need to urgently review their fleet provision, including looking at treating ‘essential users’ and ‘perk drivers’ within the employee population differently to accommodate the changes, knee-jerk reactions are not a good move and that companies also need to factor in the overriding simplicity, functionality and attractiveness of a company car scheme.

With many companies reportedly seriously questioning whether to go down the apparently simplified route of offering solely a cash option, David Bushnell of Alphabet highlights the duty of care risks involved with cash allowances and adds: “It would be easy for fleet decision makers to think that company car programmes as ‘more hassle than they’re worth’. But this takes for granted the huge benefits such schemes provide to an organisation, not just to their employees. It’s difficult to put monetary costs on the financial and legal value of a company car programme. The visibility, control and ability to deliver against duty of care that such schemes provide are invaluable. Aside from the significant benefits for recruitment and retention, the value of a company car programme to an organisation is only truly understood when it is not there or something goes wrong.”

And Jeff Whitcombe of BCF Wessex says: “Instead of focusing on increasing company car tax I believe greater emphasis should be placed on the value of company cars, such as the VW Golf TDi Match which a basic rate tax payer can drive, fully maintained and insured, for just £76 per month.”

Ian Hill of Activa Contracts adds: “The reality is that the company car can be both an essential tool for the job and a valuable component of the reward package. It is well established, the tax rules are easily understood and duty of care compliance it ticks all the boxes.

“When new rules come into play, such as OpRA, some people are always prepared to shoot from the hip, which is not always helpful. Businesses will mix and match funding options according to circumstances and salary sacrifice, cash allowance and affinity schemes will have a place on the menu, but the company car will retain dominant.”