Eight out of 10 business employees who have currently opted out of a company car scheme are ‘likely’ or ‘very likely’ to move back to company cars if they’re electric; proof that the zero company car tax on battery electric cars from April 2020 will provide a massive incentive. 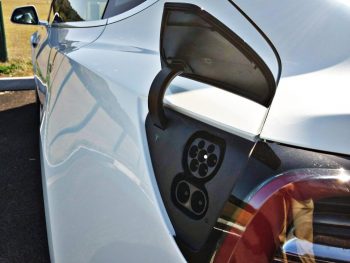 Set to be officially introduced in the 11 March Budget, the zero company car tax on battery electric cars for the new tax year will mean that employees could save thousands of pounds each year by switching to a pure EV.

It could help spark a mass return to the company car, marking a U-turn on the growing numbers of drivers opting out and further underlining comments from the fleet industry for a need for a supportive tax regime to help government plans to stop new petrol, diesel and hybrid car and van sales from 2035, or even earlier.

HMRC data last year showed how the current BiK regime was resulting in falling numbers of company car drivers; figures within the report indicated that during the past two years there has been a reduction of 70,000 company car drivers, although this may have been down to an issue with voluntary payrolling.

The research – published by electric vehicle leasing company DriveElectric – also shows the return to company cars rather than employees taking car allowances is being driven by a number of other issues, including EVs having lower whole-life costs, the growing number of proposed Clean Air Zones, and motorists preferring the driving experience of EVs. The Government’s 2035 – or even 2032 – plans are also likely to have an effect.

Mike Potter, managing director of DriveElectric, said that as long as incentives remain, the Government’s target of all new car sales to be electric by 2035 – or 2032 – is achievable, and in addition private buyers will benefit from an increased supply of 2-4 year old used electric cars, spreading the benefit of this investment.

“DriveElectric’s orders are already composed of 95% battery electric vehicles and our average fleet CO2 is 28g/km, although based on our order book, this will very soon drop to 10g/km. With a wide range of new EVs currently coming to market, supported by financial incentives, 2020 is the ideal year for business users to convert to electric – and today’s company cars become vehicles for private motorists in a few years’ time,” he continued.

His comments also bring added weight to calls for the Government safeguard the Plug-in Car and Van Grants in line with growing concerns that they could imminently be axed, removing an incentive for drivers to go greener.

As such, the BVRLA has been asking stakeholders from across the whole of the fleet sector to write to their local MP and ask for their support in securing long-term Government support for the grants. It has also set up a campaign page on its website to speed up the process.