Zenith has updated its quoting platform in a short-term move to take off all cars that are not yet WLTP-approved. 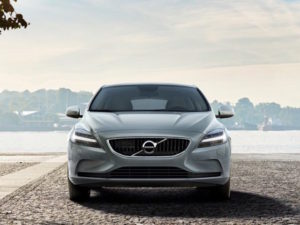 The Volvo V40 is one model that has NEDC Correlated

Although tax bands for WLTP, which is expected to produce higher CO2 figures more in line with real-world fuel economy, won’t be brought in until April 2020, manufacturers are already re-testing their model ranges for the new test cycle and this is being converted to an ‘NEDC Correlated’ figure – all new cars must have such figures by September.

Although carmakers including Toyota and Volvo have already started publishing such figures, figures are not yet available for all models and, according to Zenith, there has been a rise in the number of driver orders being cancelled by manufacturers due to models being removed from production in recent weeks.

In response, Zenith has updated its quoting platform to take off models until such time as they have WLTP data.

The leasing and fleet management firm said that while the move will reduce the number of cars available to quote on in the short-term, it’s essential to only display what is available to order at this time.

Managing director Ian Hughes said: “We’ve identified that there is an issue and quickly taken action to minimise any further impact on our customers and drivers. We will be updating drivers on WLTP by placing a notification on their quoting platforms, and will encourage them to talk to their account manager if their choice of car isn’t available to order.”

Zenith is also offering an informal extension for drivers unable to complete orders before their current contract end date to enable them to wait for a suitable WLTP-approved model.