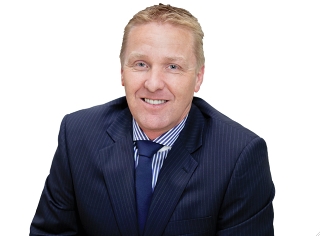 On developing a strategic mind

Spending time away from the operational side of the business to really focus on strategy and the future is, and was, a game changer. Back in 2008 I was working with one of our non-executive directors who was trying to help me develop from an MD into a CEO. He insisted that I spent one day a week away from the office, without access to emails or phone. Although initially I felt very guilty about doing it, for the next two months I spent my one day a week studying, reading and researching anything and everything. After about four weeks of doing this I found an article on the HMRC website that completely changed everything for Tusker and myself. It was about the case of Heaton Vs Bell, the very first salary sacrifice for cars scheme back in 1969. That article triggered my curiosity and was an absolute game changer. It led to us developing our salary sacrifice car scheme ahead of everyone else.

On working to the best of your ability

It always amazes me how many people are willing to live with mediocrity. I like having my expectations exceeded. No matter what job you are doing, whether it is cleaning toilets (as I did in my first ever full-time job) or running a successful company, do it to the best of your ability. Hard work gets noticed and gives others the impetus to invest in you, which inevitably leads to something better.

On ‘doing the right thing’

It’s become a philosophy at Tusker to not necessarily just do what you’re obliged to do, but to do what’s right. We’ve had many examples of our customers’ employees who for various family reasons have needed to early terminate their cars and in many of these cases we went beyond what we were contractually obliged to do in the name of ‘doing the right thing’. We had one driver who tragically lost his brother and his sister-in-law in an accident and took on the care of their two surviving children. With the addition to his family his car no longer had enough seats to transport everyone. We suggested to his employer that they share the cost of the early termination with us and we then matched our share again with a discount on a larger seven-seater vehicle, which meant the gentleman was able to swap into the more suitable vehicle at the same monthly salary reduction as his previous car. It was the ‘right thing to do’ in the circumstances.

On pushing yourself beyond your comfort zone

The phrase ‘comfort zone’ suggests a limit, but it shouldn’t be fixed at all. I lost my daughter Beth when she was just 22 years old and embarked on a fundraising campaign to support the charity that had supported us through her illness. I took up running and found, to my surprise, that I was not limited to my initial 300 metres of breathless effort but was able to push myself, bit by bit, until I was tackling half marathons. If you continually push yourself, in whatever it is that you are doing, it does get easier and your ‘comfort zone’ expands.

On investing in the best team

One of the best pieces of advice I ever received was to surround yourself with the brightest people. Many people fear anyone cleverer than themselves but that’s a mistake, because you up your game to attempt to meet their level. Of course, along the way you also get the credit for what you all achieve together, as well as for employing them in the first place.

On learning to delegate

Probably the most challenging lesson of all, especially when you are a very hands-on person like me. My role now is to develop the company vision and strategy; to build the dream. I’ve got an excellent team of project managers and specialists who are far better than me at delivering that dream.