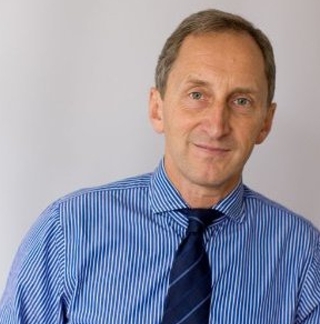 Andy Walters, managing director of Quartix, commented: “We had a very good first half. Thanks to the hard work and commitment of everybody at Quartix, we achieved strong growth, added substantially to our subscriber base and completed a number of key business initiatives. We invested in future revenues and yet still recorded good progress in profitability and cash flow.

“In the first six months of this year we invested heavily in the growth of the business. We continued to invest in the US market, having launched our product there at the end of last year. We also achieved a step change in new fleet installations and we expense those as we complete them. And finally we also had our first full six months as a plc following the IPO last November.”

Speaking to Fleet World about the company’s success, Walters said there are a couple of main elements: “First is that we make all our own technology, we always maintain a fairly low cost base so we’ve never got ahead of ourselves in terms of costs. We maintain a pretty conservative financial accounting cost model. We finance all the units and installations ourselves and then recoup that in subscription from customers.

“Every year we add more customers, more subscribers and our revenue model is layers of customers won at different periods.

“Last year £2m of our total revenues came from customers that we won prior to 2008; we have a very low attrition rate.”

Walters also said that although the company has historically seen a large part of its customer base made up of SMEs, the last six months has seen it win more large customers.

“I don’t know whether it’s to do with the flotation. I think also the market is a bit more mature in the UK. Larger customers have a much firmer view of what they want from a tracking system. And we get plenty of approaches from large customers saying, ‘We love the Quartix system. We’ve had tracking before. What you have is what we want.’”

Walters also said the company’s business in the States is a huge opportunity.

“We’ve found that customers in the States are very similar to the UK – small to medium-sized businesses. They’re service based, eg heating, plumbing and electricity, servicing and maintenance, landscape maintenance, shop fitting as well as transportation companies.”

He added: “Our marketing costs for acquiring a customer in the UK are lower than they are in the UK and France. It makes it quite exciting along with the size of the market out there. So we really want to focus on our digital marketing initiatives and providing support for our telesales people out there in Chicago and helping them build the customer base because we’re right at the beginning of that so it’s a huge opportunity.

Speaking about the company’s plans going forwards, he added: “We have a huge opportunity in the UK to invest and build on what we’re doing. We’ve been building our distribution network and a lot of our new customers and some of our larger ones have come about from that.

“So growing our distribution network, more use of price comparison sites and more investment – we are taking on more office space to build our direct sales team in the UK and expansion in France and the US. Our biggest focus is on those three markets.”