Public bodies in Wales should end the use of grey fleet cars to cut emissions as well as costs. 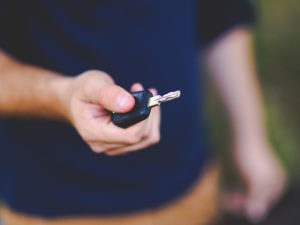 So says the Urban Mobility Partnership as it highlights that turning to leased cars or car clubs could cut CO2 emissions from grey fleet journeys by 42% for the 44 public bodies in Wales.

Such a move would also save the four largest local authorities in Wales (Rhondda Cynon Taf, Newport, Swansea and Cardiff) more than £2.8m a year, according to the organisation at a briefing for Welsh ministers and government officials on ways to cut congestion and improve air quality.

Held just days after the Welsh Government declared a ‘Climate Emergency’, the specially convened summit also said that mobility credits and MaaS were the answer to Wales’ transport problems.

The mobility credits would work in the form of a ‘Netflix-style’ app that could be used for journeys using trains, buses, car clubs and bike hire, as already being trialed in Manchester by Enterprise and Stagecoach and funded by Imove from the European Union to provide transport on demand across a variety of modes to Manchester Airport Group staff.

Mari Arthur, director of Cynnal Cymru, who chaired the meeting, said: “Wales has long led the way on sustainability. Now is a chance to create viable alternatives to private car ownership, and encourage people to scrap their older, polluting cars and get them into more efficient vehicles and modes of transport. We need radical solutions to change behaviour, tackle air pollution and climate change; mobility credits give Wales an opportunity to once again lead the UK on sustainability actions.”