Volvo Cars has signed a non-exclusive framework with Uber to sell “tens of thousands” of vehicles with the hardware for autonomous driving on board, enabling the private hire firm to develop its own self-driving software for its fleet. 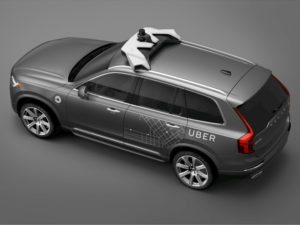 The modified XC90s were co-developed by Uber and Volvo and will be supplied between 2019 and 2021, building on a partnership between the two companies which started in August 2016.

Volvo said these are fitted with all the necessary safety, redundancy and core autonomous-driving technology hardwares are incorporated in the base vehicles, ready for Uber to add its own self-driving technology software on top. The base vehicles sport a roof mounted platform that has an array of sensors installed, including at least one Lidar (a laser based radar device).

At the same time, Volvo has said it plans to build on the same base vehicle XC90 in the development of its own autonomous-car strategy, which is slated for release in 2021. It hinted that this could be rolled out on other vehicles which share the SUV’s platform, for example, the V90, S90 and XC60.

Håkan Samuelsson, president and chief executive of Volvo Cars, said: “Our aim is to be the supplier of choice for AD ride-sharing service providers globally. [The] agreement with Uber is a primary example of that strategic direction.”

Previous: Driverless cars will be on UK roads by 2021, chancellor confirms
Next: TTC wellbeing days for businesses to drive road risk message