Driverless cars will be on UK roads by 2021, chancellor confirms

Chancellor Philip Hammond has said the government is looking to have “fully driverless cars without a safety attendant in the car” on the roads in the UK by 2021. 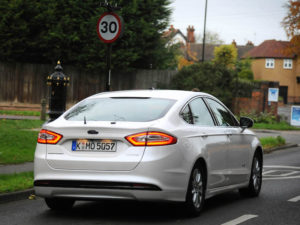 Speaking on the BBC’s Andrew Marr show yesterday, Hammond said: “Some would say that’s a bold move, but we have to embrace these technologies if we want the UK to lead the next industrial revolution.”

In response to the question whether the Chancellor had been in an driverless car yet – and the comment from Andrew Marr that Jeremy Clarkson has been and has said that they’re dangerous – the Chancellor said he was promised to go in one when he visits the West Midlands today.

His comments come ahead of Wednesday’s Budget, which is expected to bring changes to regulations to enable developers to apply to test driverless vehicles on UK roads.

Last week saw the announcement that public road trials of connected and autonomous vehicles from Jaguar Land Rover, Ford and Tata Motors European Technical Centre (TMETC) have started in the UK, including autonomous vehicle research technology from JLR and TMETC with drivers onboard ready to take over at any time.For more of the latest industry news, click here.