Volkswagen and Ford talks could lead to joint vans

Volkswagen and Ford are exploring a strategic alliance that could see the carmakers jointly develop a range of commercial vehicles. 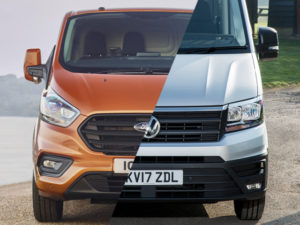 Projects could include joint vans

The manufacturers said they’re in talks over several joint projects that could extend capabilities and strengthen competitiveness – including developing a range of commercial vehicles together to “better serve the evolving needs of customers”.

However, they stressed that any alliance would not involve equity arrangements, including cross ownership stakes.

Dr Thomas Sedran, head of volkswagen group strategy, said: “Markets and customer demand are changing at an incredible speed. Both companies have strong and complementary positions in different commercial vehicle segments already. To adapt to the challenging environment, it is of utmost importance to gain flexibility through alliances. This is a core element of our Volkswagen Group Strategy 2025. The potential industrial cooperation with Ford is seen as an opportunity to improve competitiveness of both companies globally.”

The two carmakers have collaborated in the past on the Ford Galaxy, Volkswagen Sharan and Seat Alhambra MPVs through a joint venture at the AutoEuropa factory in Portugal that was later taken control of by VW.

Other industry partnerships have seen Vauxhall and Renault develop mid-size vans in the form of the Vivaro and Trafic since 2001. Earlier this year, Vauxhall announced plans to build PSA vans from mid-2019 at its Luton plant alongside the Vivaro, ending the partnership here. The larger Movano, which is derived from the Renault Master, will continue under the current partnership, though this was launched in 2008 and is likely to be coming close to the end of its life cycle.

VW and Ford said they would provide updates and additional details on the potential alliance as talks progress.