Birmingham City Council has published plans for a clean air zone that would levy charges on drivers of non-compliant cars as well as vans and trucks by 2020. 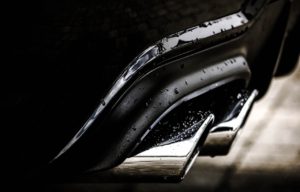 The council is proposing a ‘Class D’ clean air zone that would see drivers of non-Euro 6 compliant diesels and non-Euro 4 compliant petrol vehicles face charges on all roads within the A4540 Middleway ring road.

The council is one of five required by the Government to take action to meet UK and EU statutory nitrogen dioxide (NO2) limits in the shortest possible time and the zone is believed to be the most realistic option to achieve this.

The plans – revealed as Leeds also prepares for consultation on its clean air zone – will go before the council’s cabinet on 26 June and then be subject to a full public consultation.

The consultation will help to refine a package of measures that can be introduced to help mitigate the impact and support people to move to cleaner forms of transport.

Councillor Waseem Zaffar, Cabinet member for transport and environment at Birmingham City Council, said: “This is not about making money, but saving lives – in fact, in an ideal world, no one would have to pay a clean air zone charge because everyone would be driving a low or zero-emission vehicle or walking, cycling or using public transport instead.”

Eco law group ClientEarth greeted the move. Clean air lawyer Katie Nield said: “It’s great to see boldness from Birmingham in its commitment to putting in place a clean air zone. Clean air zones are the quickest and most effective way to clean up illegal pollution. We’ll be scrutinising the detail of the plans put forward for consultation. It is ultimately down to the UK government to ensure the local plans they have mandated are effective and lawful.”

ClientEarth also called on the Government to hold the car industry to account and said it should make manufacturers contribute to a national clean air fund.