EU road safety stakeholders, including national and local authorities, are being urged to take bold action to ensure targets to halve road fatalities are met. 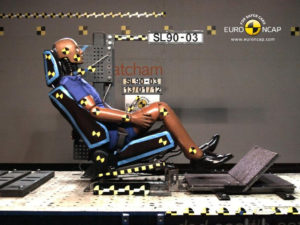 According to ETSC analysis, road deaths will now need to fall by 11.5% a year in order to meet the EU target of cutting deaths by half in the decade to 2020.

Antonio Avenoso, executive director of the European Transport Safety Council, said: “With around 500 deaths on EU roads every week, a figure that has hardly budged in three years, bold action from the EU and member states is long overdue.

“EU minimum vehicle safety standards have not been updated since 2009. A plan to require carmakers to install life-saving technologies such as automated emergency braking, overridable intelligent speed assistance and passenger seat belt reminders in all cars was postponed last month until March 2018, and even then will face several years before the changes are implemented.  Every day of delay will mean more avoidable deaths.