Fleet take-up of salary sacrifice continues to rise, with drivers continuing to benefit from such schemes despite imminent changes to their tax treatment. 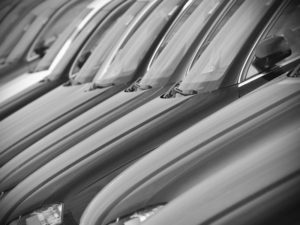 So says Tusker, which reports that orders are up across existing and new schemes, and more new schemes are going live weekly.

The car benefit specialist says it’s continuing to see an increase in car orders, exceeding its targets for the first few months of 2017, with fleets and drivers recognising the benefits of salary sacrifice even though the new tax treatment, announced in last November’s Autumn Statement, kicks in from 6 April for new schemes and from April 2021 for existing schemes.

Research carried out by Tusker into why salary sacrifice remains attractive to drivers find that only 3% of respondents entered the scheme because of tax savings.  The vast majority, 77%, opted for this method due to the provision of an all-inclusive fixed-cost motoring. In fact, tax efficiencies actually rank at the bottom of the list of possible benefits to the driver in the survey.

Analysis by Tusker has also found that the impact of the changes to salary sacrifice has been overstated. Looking at vehicles delivered on its own schemes last year, if the same cars were ordered after the 5th April deadline, more than half would not be affected by the Government’s changes and of the remaining vehicles, over a quarter would only see an average increase of just over £2 a month.

Paul Gilshan, CMO at Tusker, said: “The tax efficiencies are still there, and can certainly make some cars more cost effective, but for our drivers the most important factor remains the fact that all they have to pay above their monthly fee is the cost of fuel.”