The UK’s public EV charging network has grown by 27.0% over the last 12 months, including significant growth in the first quarter of 2021. 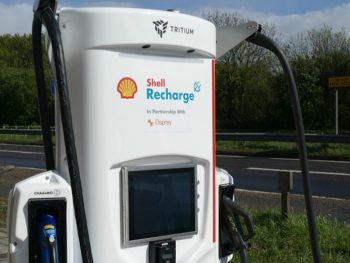 The figures, published by the Department for Transport, show there was a total of 22,790 public electric vehicle charging devices available in the UK as of 1 April 2021. This compares to 17,947 a year earlier.

The DfT said this was the largest absolute quarterly growth in both total and rapid devices since 2015.

And since 2015, the number of public devices has grown by 43% per year, on average. Rapid devices have increased at a much higher rate, with an average annual increase of almost 61%.

The DfT data also shows an increase in charge point reliability; available devices increased by 2,015 in Q1, up nearly 10% on Q4.

Jack Cousens, head of roads policy for the AA, welcomed the continued growth of the public charge point network, which shows we are moving in the right direction and will help help calm drivers’ issues with both range anxiety and the availability of charge points. Both of these were cited by drivers as still being barriers to EV take-up in Ofgem research published last week.

“Now what we need is more incentives for car owners to switch, as called for by the Public Accounts Committee. The AA have suggested that scrapping VAT from the purchase price, as Norway did, would be a huge boost,” he outlined.