The London Borough of Barnet has the highest number of parking violations in the UK, raking in an estimated £48m from fines over a two-year period. 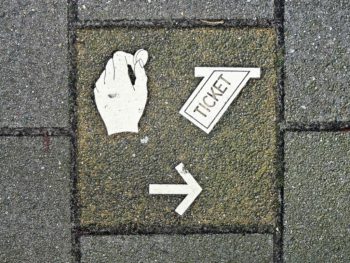 Barnet had the most recorded parking violations over the two-year period, making an estimated £48m from fines

Warranty Direct analysed FOI request data from 37 local council areas in England between 1 August 2016 until 22 August 2018 to discover which areas had the most and least parking fines and found London Boroughs make up eight of the top 10 offenders.

In first place, Barnet’s most common violation is ‘no waiting’, issued to vehicles parked in a restricted area. The borough totalled 141,149 fines for this contravention, suggesting issues with drivers being able to find parking.

Bristol and Medway are the only areas outside the M25 to feature, taking ninth and 10th spot respectively. Bristol’s ranking could be contributed to North Somerset Council taking over controlled parking enforcement (CPE) from the police in April 2017, which saw figures soar.

Medway’s high number of fines could also be down to several significant council changes. Reports show parking profits in the area have jumped 65% since 2016, which suggests more motorists are trying to find alternative parking; the Warranty Direct research found parking in a restricted street was the most common contravention in this area.

Commenting on the findings, Simon Ackers, CEO at Warranty Direct, said: “It’s no surprise many London Boroughs are among the worst offenders, as parking in London is notoriously tricky. However, it’s interesting to see recent changes made to parking restrictions in both Bristol and Medway have had such a significant impact on the number of fines, in a short timeframe.”

The research comes in the wake of a recent study which found councils in England have seen their parking fine profits rise 32% in the last 4 years, generating £867m in total from nation-wide parking fines in 2017-18 alone.

The study also revealed that, on average, only 64% of fines across the country were actually paid, with Camden boasting the lowest percentage at just 32%. In contrast, East Riding of Yorkshire paid the most fines, with 84% paid in full.

Simon Ackers added: “It’s also surprising to find out such a low percentage of fines end up being paid. Perhaps when some of the original penalties are reviewed, they are considered too strict for the circumstances, as many motorists contesting them are winning their appeals.”