True fleet registrations in the UK were down 10.0% in August, marking the fifth consecutive month of downturn, according to latest figures from Dataforce. 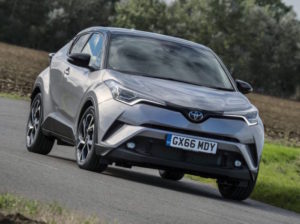 The fall, which saw the YtD total also down by 2.9%, came as the total market fell by 6.4% to around 76,000 registrations. Special Channels saw growth of 20.9% as OEMs and dealerships increased pre-registrations by 38.8% to the highest volume on record for August.

Within the true fleet market, two manufacturers inside the top 10 bucked the downturn and achieved 20% plus growth rates. The usual suspects came first and second with Ford taking their fifth turn in the top slot for 2017 while Vauxhall took the silver.

Volkswagen, as one of the OEMs reporting strong growth, pushed up two places into third place with 27.0% growth with Mercedes in fifth swapping places with them. Audi meanwhile retained its fourth position.

BMW and Nissan held fast on sixth and seventh respectively and were followed by Kia in eighth who jumped two places while having a negative growth month. Citroën filled the ninth position and Toyota in 10th was the second positive growth OEM and highest achiever with growth of 29.7%, led by the C-HR for a second month in a row.For more of the latest industry news, click here.