The Government has launched a new co-ordination hub for the testing of Connected Autonomous Vehicle (CAV) technologies as it pushes ahead with plans to make the UK a global leader within the year. 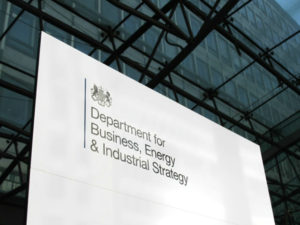 The hub, dubbed Meridian and first announced earlier this year, is intended to create a “cluster of excellence” in CAV testing by bringing together the UK’s existing CAV testing centres along the M40 corridor between Birmingham and London, with bases at the Coventry and Stratford branches of the Advanced Propulsion Centre (APC).

The Government has also published a market forecast for connected and autonomous vehicles, which estimates that the UK market for CAVs will be worth between £28 billion and £52 billion in 2035, with the latter forecast based on the UK establishing a leadership position in CAV technologies.

The news comes as the Transport Systems Catapult – one of 11 technology and innovation centres supported by Innovate UK – launches its ‘Accelerator programme’, providing support for start-ups in the transport industry with a focus on intelligent mobility including areas such as Connected and Autonomous Vehicles.