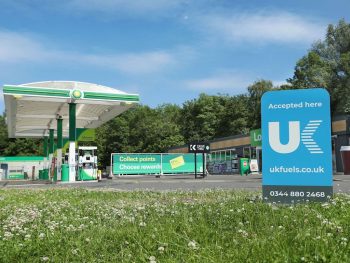 By postcode area, UK Fuels now has 97% of the UK covered

Other additions over the last two years include Sainsbury’s and the Co-op, while UK Fuels has also added to the existing Tesco and Morrisons supermarket forecourts on the network and grown the motorway offering with a further 28 Moto services.

“We have reached another important milestone in our expansion of the UK Fuels network, with our cards now accepted at 3,500 independent filling fuel stations across the UK. With their continued focus to maintain our status as the largest independent fuel station network in the UK, we are very pleased to be able to announce this expansion through the ongoing support of our network partners,” said UK Fuels managing director Jonathan Haseler.

The expansion means that by postcode area, UK Fuels now has 97% of the UK covered.

Part of Radius Payment Solutions, UK Fuels has a particularly strong presence amongst commercial fleet operators. Its cards are accepted at most UK truck stops and HGV friendly fuel stations.