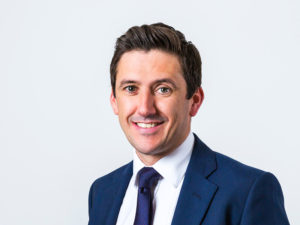 Gilshan replaces David Hosking, who has held the CEO role for the past 15 years but now moves to the newly created role of deputy chairman.

The role reflects Hosking’s increasing focus in recent years on external lobbying and industry work, including promoting the benefits of car salary sacrifice in the run-up to the tax changes announced in the 2016 Autumn Statementand securing HMRC confirmation on how the new Optional Remuneration Arrangements (‘OpRA’) legislation should be applied.

His new role of non-executive Deputy Chairman will enable him to focus more on furthering Tusker’s external relationships as well as to continue to lobby the Government on fleet issues.

Hosking commented: “In planning my succession, I was clear to the Board that I would prefer to develop talent internally and Paul was an obviously strong candidate for the CEO role at Tusker. He has vast corporate experience from Sky, The Times and ITV and has been instrumental to our move to a customer-focused, data-driven business. I knew when recruiting him in 2015 that he could take over from me and I have been carefully planning this succession, ensuring that Paul has broad knowledge of the business and full understanding of what makes Tusker tick.”

Forthcoming plans for the business – which has seen substantial growth in the last 10 years – include the launch of products and services in the coming months.

Gilshan added: “It’s a privilege to take over from David. I have learnt so much from him over the last few years and I’m delighted to see him step up to deputy chairman with Tusker in such a good place. Our team at Tusker are the very best and I am looking forward to leading them to even more success and ensuring that we offer more affordable cars to more employees.”