HMRC confirmation on salary sacrifice to cut costs for fleets

Fleets and drivers are to save money on salary sacrifice schemes following HMRC confirmation on how the new Optional Remuneration Arrangements (‘OpRA’) legislation should be applied. 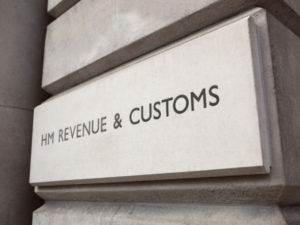 HMRC confirmation on salary sacrifice to cut costs for fleets

First announced in the 2016 Autumn Statement, and legislated for in the first Finance bill 2017, the changes to such arrangements kicked into effect on 6 April for new schemes. For cars with CO2 emissions of over 75g/km supplied on salary sacrifice schemes, the employee will either be taxed on the normal basis for a company car or on the amount of salary they sacrificed, whichever is higher.

Although some in the industry had interpreted the salary foregone for the car as being the total sacrifice for the car and associated benefit, others disagreed. Ernst & Young and Tusker said the legislation made it clear that this should only include the amount sacrificed for the car itself, while other services, such as insurance and maintenance, should not be included in the calculation.

The two firms have now secured HMRC confirmation that the interpretation is correct, ensuring that where other benefits are provided in relation to the vehicle there is no additional tax charge as these “payments and benefits” are exempt benefits. This saves on tax costs for drivers and Class 1A NICs for fleets.

Speaking to Fleet World, an HMRC spokesperson said: “HMRC has confirmed that the salary foregone is only in relation to the provision of the car, and not the associated exempt Benefits in Kind, helping to eliminate some abuses in the system, and making it fairer for everyone.”

David Hosking, CEO of Tusker, greeted the confirmation, saying the new approach to salary sacrifice “protects cars while eradicating the arguably abusive salary sacrifice schemes where some employees had been using the legislation to save tax on wine, drones and even double-glazing.”

He added: “Tusker strongly supports the Government’s initiative as it means that all company cars are taxed appropriately and the charge for the additional benefits and services does not apply to these company cars. As a result, salary sacrifice car schemes are as attractive as they have always been.”

Tusker has also supplied a cost comparison, showing how the new interpretation reduces costs on cars supplied under salary sacrifice.