Adrian Rushmore is leaving his role as editorial director at Cap HPI in September after five years at the company. 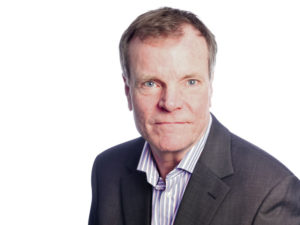 Adrian Rushmore departs Cap HPI in September after some five years at the company.

Rushmore said he had no plans for his next role and was looking to take some time out after more than 30 years in the industry.

During his time at Cap, Rushmore has expanded the team in the UK and put in place an international structure with experts in Germany and France. The company has also invested in extending its team of data experts, ensuring this data can be used for a wide range of intelligence-based offerings, and launched a future valuations service, Gold Book, led by Dylan Setterfield and a live valuations product, Black Book Live, led by Derren Martin.

Rushmore said: “I’m hugely proud of all we’ve accomplished at Cap HPI in the last five years. We have evolved into an international business that combines data, technology and insight for the biggest names in our industry, spanning manufacturers to finance, retail and digital providers.”

Managing director Chris Wright added: “Adrian has made a big contribution to the business over the last five years. He has underpinned our efforts to grow and evolve our data and analyst offer in the UK and internationally. Adrian has led a team that has put in place class-leading editorial functions that remain the envy of the industry. I’d personally like to thank Adrian for the unstinting passion and commitment he has given cap hpi during his tenure. He is a true gentleman.”